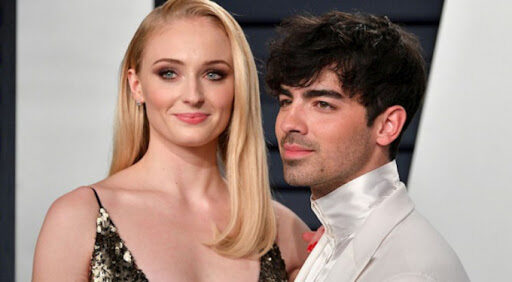 The progress of Sophie Turner’s pregnancy was captured in these photographs with Joe Jonas.

Although many media outlets announced that singer Joe Jonas and actress Sophie Turner were already expecting their first baby , the couple did not confirm this news. However, the first photographs of Sophie’s belly showing the progress of her pregnancy have been revealed .

Last year, the young couple surprised with the news of their Vegas wedding , a moment that was broadcast from Diplo’s Instagram and that would be followed by a formal ceremony at the Taureau Castle in France. If the fans believed that they had seen everything, they were very wrong, because in February of this year the JustJared portal reported that the couple was expecting their first child and, although the fans of both expected a confirmation, neither of them said anything about it. .

Later the couple was captured in a small children’s clothing store and, followed by this, Sophie showed different outfits where she apparently tried to hide her belly so as not to reveal her pregnancy.

But the images say more than a thousand words and this time we have had the last confirmation that the fans needed, as the couple was caught taking a walk while they both wear masks to protect themselves, but Sophie’s outfit revealed more than her comfort.

The 24-year-old actress is holding her husband’s hand in these photos while wearing a completely black outfit, but the girl’s pregnancy is already quite notorious, so the followers of both have received the missing evidence to joyfully await the birth of this baby.

Recently, Joe premiered his show titled ‘Cup of Joe’ , where through different episodes he tours different places around the world while learning a little more about the culture of each site.