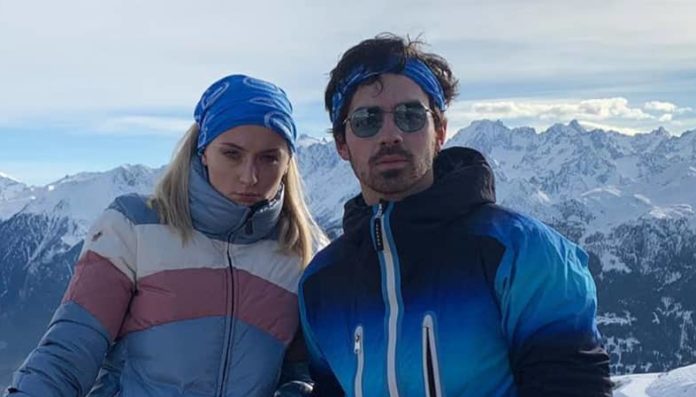 Very discreet in recent days, Sophie Turner wanted to share with her fans the message of love sent to Joe Jonas for Valentine’s Day.

They love each other and they show it. On social networks , Sophie Turner made a beautiful statement to her husband, Joe Jonas.

For several weeks, Sophie Turner has therefore disappeared from social networks. The young woman of a very discreet nature deserted Instagram, which worries her followers. But, to reassure them, the actress of Game Of Thrones has thus decided to make an express return to Insta Story. So, for Valentine’s Day, the pretty blonde posted a story with ease.

On this Insta Story, the couple’s fans could therefore read: “Happy Valentine’s Day to this beautiful stallion” . A photo of Joe Jonas was displayed to accompany this tender message. For his part, the singer posted a photo of his wife, captioned with a simple heart. Result: more than a million likes. 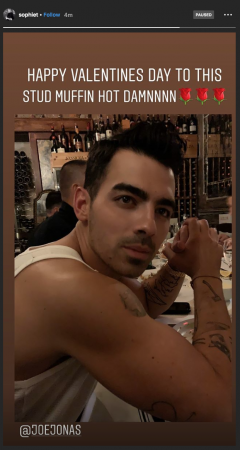 SOPHIE TURNER: PREGNANT OR NOT PREGNANT?
The whole people planet has been wondering for several months: is Sophie Turner pregnant? It must be said that the last appearance of the pretty blonde dates back to the end of January, during the Grammy Awards . Since then, Sophie Turner has been very active on Instagram unlike her husband, on a world tour with the Jonas Brothers for the Happiness Begins Tour.

It was the online media JustJared that officially revealed Sophie Turner’s pregnancy . The site, whose sources are rather reliable, is categorical on this subject. A source close to the couple went to tell people magazine: “The couple remains very discreet but their friends and families are very excited for them” . And to complete: “Sophie chooses loose outfits whether she is on the red carpet or not […] So that her baby bump is not seen! ” . US Weekly magazine took the opportunity to bet on the month of delivery: late June or late July …

Jimin has a fun way to learn English