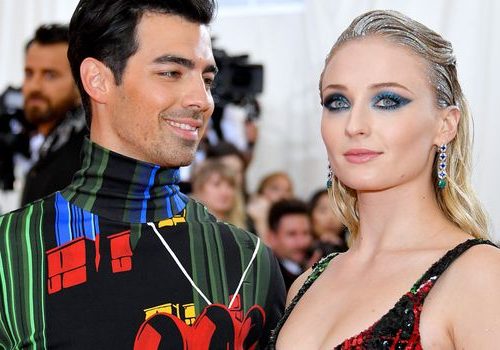 Sophie Turner and Joe Jonas are caught buying baby clothes. The couple has not confirmed the rumors of their pregnancy.

Since the announcement of Sophie’s pregnancy, the couple has not spoken about it, therefore, there have been many doubts that the followers of both artists had expressed regarding the veracity of the news.

Although the couple has not confirmed that they are waiting for a new family member, Sophie’s clothes have allowed suspicions of her pregnancy to grow, especially after wearing a dress that belongs to a maternity clothing line .

Probably their silence is only about the way they are looking to keep this special moment only for them and their closest friends, however, this has triggered fan assumptions to grow at every moment.

Sophie Turner and husband Joe Jonas continued to fuel rumors they're having a baby as they were seen shopping at a kids clothing store in Studio City on Monday pic.twitter.com/Bc8xahnmp8

Now, the couple has been seen while checking clothes of young children in a local California, Joe and Sophie were caught by the paparazzi in what could be a confirmation of Sophie’s pregnancy.

Surely the pregnancy will not be noticeable for another time, so the rumors about Sophie and Joe waiting for a baby will continue to spin until they have a confirmation from the boys or a person close to them.

New Splinter Cell will be released exclusively for Oculus VR

K-Pop idol beauty standards that can be dangerous

When will Ethereum 2.0 be released? When Will Waiting End?