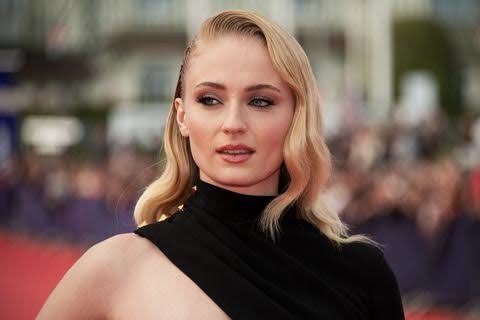 Sophie Turner Confronts Kim Kardashian And Other ‘Celebrities’. The actress of ‘Game of Thrones’ raises her voice against a widespread practice in the virtual world: promoting express diets without medical control.

The natural and spontaneous personality of Sophie Turner is one of her hallmarks and she has never had a problem talking about any subject without hesitation. For example, when asked if he would return to incarnate Sansa Stark, instead of leaving a door open the British replied without thinking with a “no” that ended the dreams of her fans. Nor is it inconvenient to talk about her insecurities openly as he did a few months ago. In April of this year, the star explained in a television program the difficult years he spent in adolescence due to her problems of self-esteem, an issue that touches him deep inside because he wanted to pronounce himself again criticizing a common behavior among some celebrities: Advertise slimming products in your virtual profiles.

Forgetting her British accent to replace it with a typical one of the West Coast of the United States, Sophie looks at the camera as if promoting a dietary product with which to lose weight quickly and uncontrollably and, of course, without medical control: “It’s fatal to promote this and more to tell young girls, young people around the world, but I really do not care because they will pay me. The joke of the star hides a harsh criticism against famous people who recommend unhealthy slimming methods, a practice by which Kim Kardashian and her sisters have received many negative comments on the web.

Turner herself has had to deal with her physical insecurities as she confessed in the American program presented by Dr. Phil, a well-known psychologist in America. During the broadcast, Joe Jonas’s wife revealed how she reacted to the negative comments she received in her virtual profiles: “I believed them. He said, ‘Yes, I have pimples. I am fat. I am a bad actress. I just believed it. It made the corset department tighten my corset a lot. I became very insecure. You see ten great comments and you ignore them, but one negative comment lies down. ” An honesty that explains the dislike of the star for miracle diets that can put health at risk, and also the reason for uploading this video to the Internet with which it has revolutionized networks.