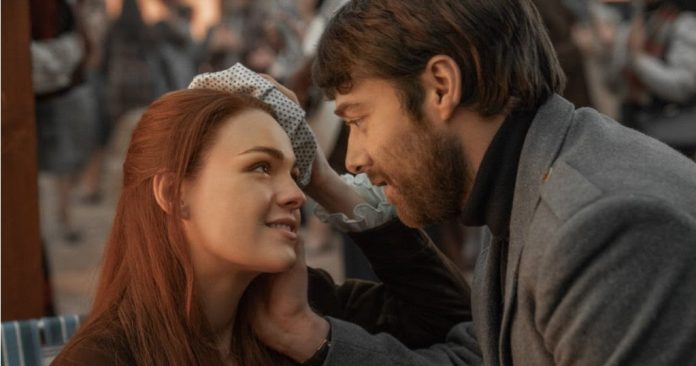 Brianna Fraser later found out that she was pregnant, but she did not know if Bonnet or Roger was her father. Roger married her and the couple became a family of three. However, Bonnet was determined to be Jemmy’s father and tried to kidnap her.

In an unexpected turn of events in Outlander, the trio traversed rocks in the woods near Fraser’s Ridge only to end up in 18th-century North Carolina.

Roger and Brianna accepted that Fraser’s Ridge was their home and Outlander actress Sophie Skelton has hinted that the couple might be about to make an addition to their family.

It has been said that the sixth season of Outlander could include parts of A Breath of Snow and Ashes, as well as An Echo in the Bone. If this is the case, fans could see Brianna Fraser expecting her second child much earlier than expected.

Outlander fans also know that the Revolutionary War is fast approaching, which could put pressure on Brianna Fraser (Sophie Skelton) and Roger to return to the 20th century.

Kim Kardashian teenager: She reveals a photo of herself in 3rd