Home Celebrity Sophia Bush: a photo of her childhood resurfaces! 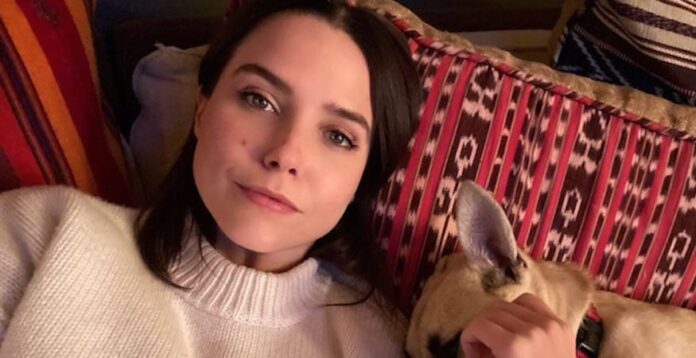 On her Instagram account, Sophia Bush (The Scott Brothers) reveals an adorable photo of her still a child and her grandfather.

To please her fans, Sophia Bush (The Scott Brothers) reveals herself a little more. She shares a childhood photo with her grandfather.

Sophia Bush is revealing herself more and more! Indeed, the famous actress of the series The Brothers Scott no longer hides her new relationship with Grant Hughes at all.

Thus, the pretty brunette appears arm in arm with the young man, unknown to the general public. Besides, she no longer hesitates to photograph herself with her lover!

However, Brooke Davis’ interpreter remains modest about her private life. But once again, the 37-year-old actress makes an effort for her fans!

On her Instagram account, Sophia Bush shares an adorable photo. As a child, we see her standing next to her grandfather. And the least we can say is that she seems very proud to be with him!

SOPHIA BUSH IS NOSTALGIC
If Sophia Bush is rather unrecognizable in the photo because of her childish face and her light hair, her smile betrays her!

So even if the actress is delighted to reveal her childhood a little more to her fans, sharing this publication is not without reason. In reality, she wants to pay tribute to her grandfather for the Memorial Day.

Thus, this day honors all the members of the Armed Forces of the country who died in combat. And Sophia Bush’s grandfather was from the Navy.

“I treasure this old photo of me and my grandfather. He was a man from the navy (the national navy). I always have my old labels at home, “writes Brook Davis’ interpreter in The Scott Brothers.

But that’s not all ! She continues: “My grandfather lived to be 80 years old. But I know that so many men who have served have never had the chance to spend decades like he did. ”

I cherish this old photo of me and my grandfather. He was a Navy man. I still have his old tags at home. My grandad lived into his 80s. But I know that so many men who served never got the chance to pass decades the way he did. Today, I think about my grandad and his ship. About the boys who went to war and never came home. About women who fought for their right to serve. About folks who went to fight and dedicated their remaining years at home to peace. About courage. About the tragedy of war in general. About immeasurable loss. About how I hope we forge a better path forward, while remembering from where we came. I hope we all vote, to honor the ultimate sacrifices of those who gave it all up so that we might have the right. And, in the immediate moment, I hope everyone fills out their census forms so that they are counted. It’s a privilege to matter. One that many have lost. Sending love to each and every person who’s ever worn a uniform, loved a person in uniform, who has conflicting feelings and memories about uniforms, who loves their country, this country, this planet, and so on ♥️ #MemorialDay #USNAVY

Ravi and Soyeon (G)I-DLE Want to Live Like Animated Magic in...