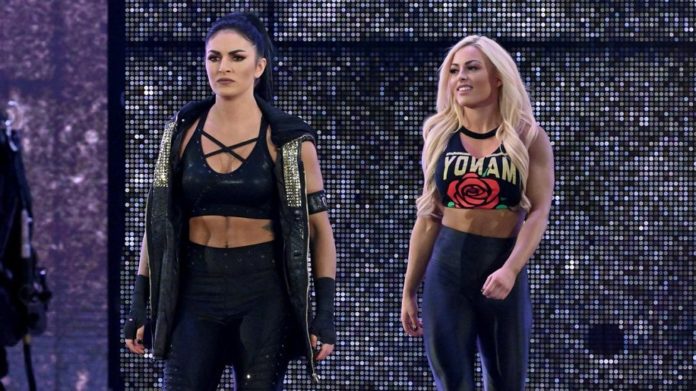 WWE superstar Sonya Deville was recently interviewed by LaToya Ferguson for the official Ronda Rousey website . Sonya talked about many issues about her career in professional wrestling and her beginnings in Tough Enough, and revealed who are the two leaders of the WWE women’s wardrobe .

” Bayley is one , she is always the costume leader. She is someone you could ask for advice or if you have questions about how things work. She is definitely a natural leader in the locker room,” she said when asked about who is leading the Current wardrobe ” Becky was someone I always had as a reference . It’s great because she’s one of those people who leads by example. She won’t tell you what to do with your life, but she behaves in an admirable way.”

Sonya Deville also talked about other issues, such as the superstars that most caught her attention before ascending to the main roster. “I’ve always liked Becky Lynch. It was always, for me, different and unique. Charlotte … I liked how strong she was and how she redefined femininity for me. She didn’t fit the perfect square mold of what it means to be a Diva, so to speak, in the past. Reinvented the meaning of a fighter . And Lita, obviously, of yesteryear. I mean, she stood out because she was a tomboy who lived in a world of super feminine Divas at that time. ”

Bayley is a natural leader in WWE costumes.

“That match … was a rampage, crazy. Mandy and I were in the first Women’s Elimination Chamber, and then we were part of the Team Elimination Chamber . It was great. The division into couples was super hot. I love drama that you live in the cell, so we had a great time. I remember going to Mandy and saying, ‘Oh, shit *, how much longer? ” But we overcome it together. It was a good fight for us and it was great working with veterans like Bayley and Sasha Banks. ”

Currently, Sonya Deville has a supporting role in the story between Otis and Mandy Rose on Friday Night SmackDown, although she usually fights at the WWE blue show.

Casey Thompson on Trend after Nebraska’s First Drive against Northwestern