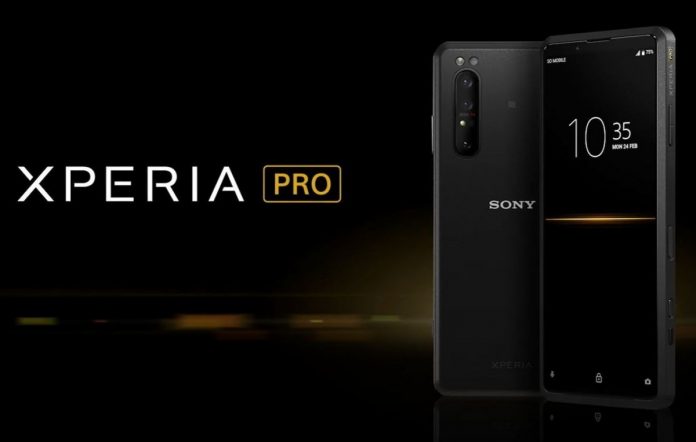 The new flagship of the Japanese technology giant Sony, Xperia Pro, is one of the rare phones that you will be satisfied with in terms of performance. The phone, announced by the company exactly 1 year ago, was recently put on the market and the sales price was disappointing. Currently, you have to pay a small fortune just to have the Xperia Pro sold in the USA. We reviewed the Sony Xperia Pro features and price.

One of the most striking features of the device, which offers superior performance with its 8-core Qualcomm Snapdragon 865 processor, is its battery capacity of 4000 mAh. However, we have to say that the Snapdragon 865 is a little light for this high-priced device, while there is a powerful processor like Snapdragon 888 on the market.

Because the Snapdragon 888 can capture better 4K HDR video recording from three cameras at the same time, according to the Xperia Pro processor.

Another feature that will attract the attention of photographers and videographers is also available in Xperia Pro. Sony Xperia Pro offers HDMI support along with a Type-D port. In this way, the device can function as a monitor for DSLR cameras. In addition, live broadcasting can be made through the connected DSLR camera.

In addition to all its features, the Sony Xperia Pro price, which is the reason for the criticism of the users, is $ 2,500. The device is currently only available in the US.

How to enter Hotmail email via mobile