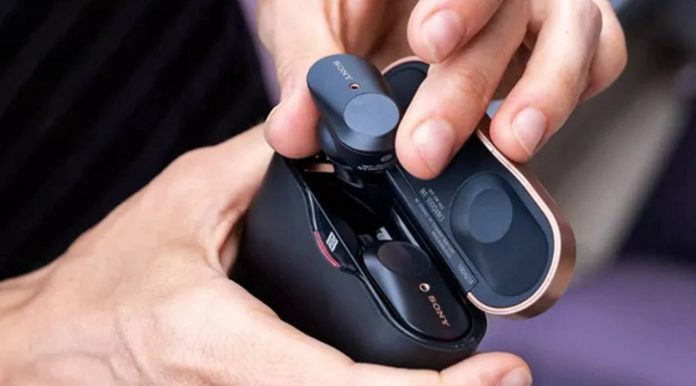 Sony WF-1000XM4 has been leaked many times since last month. Thanks to the Sony WF-1000XM4 video that Sony accidentally released today, we have reached many more details.

The Sony WF-1000XM4 video in question was accidentally uploaded to YouTube by Sony. Those who noticed the video downloaded the video and shared it on Reddit, so we reached the features of the headset.

Sony WF-1000XM4 will offer higher sound quality with its new chipset. This sound quality is also proven with Hi-Res Audio certification. The headset will have the LDAC Bluetooth Codec developed by Sony, and DSEE audio compression technology is another factor that increases the quality. 360 Reality Audio technology introduced by Sony at CES 2021 is also included in this headset. 360 Reality Audio raises our expectations for surround sound mode.

Another detail we could not learn from previous leaks about the Sony WF-1000XM4 is the Speak-To-Chat feature. It is very difficult to hear someone around you talking while listening to music with silicone in-ear headphones. Sony’s Speak-To-Chat technology mutes the earpiece when someone is talking near you. Since this is an optional feature, it will not undermine your music enjoyment in possible situations.

Since the Sony WF-1000XM4 is a high-end headset, we have high expectations for battery life. The information leaked yesterday said the headset is IPX4 waterproof and compatible with Qi wireless chargers. The video leaked today also confirms these details.

Another detail in the promotional video says that the Sony WF-1000XM4 can offer 8 hours of battery life with active noise cancellation and 12 hours without active noise cancellation. If the battery life of the charging case is taken into account, we can say that it has a total usage time of 36 hours. Another detail that increases our expectation about the battery is that 60 minutes of usage time can be obtained with a 5-minute charge.

Although there is no information about pricing in the promotional video, the latest leaks say that the European price will be 279 Euros.