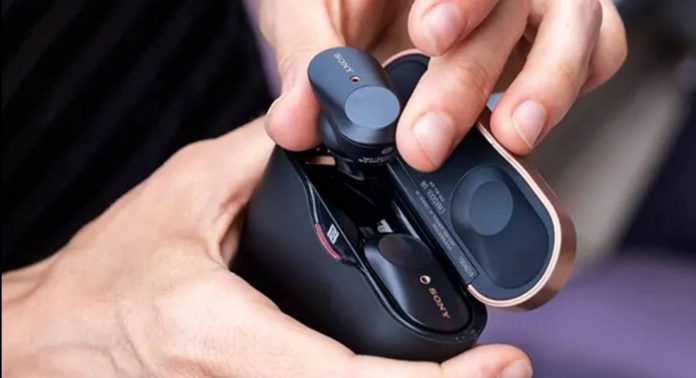 Sony WF-1000XM4, a new one has been added to the headphone-related leaks. A video that was removed after being seen on YouTube for a short time, but can still be watched on Reddit, makes it possible to see new details about the Sony WF-1000XM4.

In the video, it is stated that the newly designed drivers of the Sony WF-1000XM4 improve the sound quality. It is stated that the presence of the company’s LDAC Bluetooth codec and DSEE Extreme technologies make compressed audio files more vivid. The headset, which has 360 Reality Audio sound support, also carries a high-definition sound support certificate.

The “Talk to Chat” mode, which was not seen in previous leaks, can be considered as one of the most important information in the video. In this mode, the content played on the headset is automatically stopped while users are talking. In this way, you can easily chat with the other person.

The video also confirms a lot of information that has emerged before. Features such as IPX4 water resistance certification, Qi wireless charging, 8 hours of active noise canceling when operating and 12 hours of battery life when not working, and a carrying case that provides 36 hours of battery life are also seen in the video once again.

There is no information about the price in the video. But according to previous leaks, the Sony WF-1000XM4 will be sold in Europe for 279.90 euros.

43 series and movies that disappear from Netflix this week