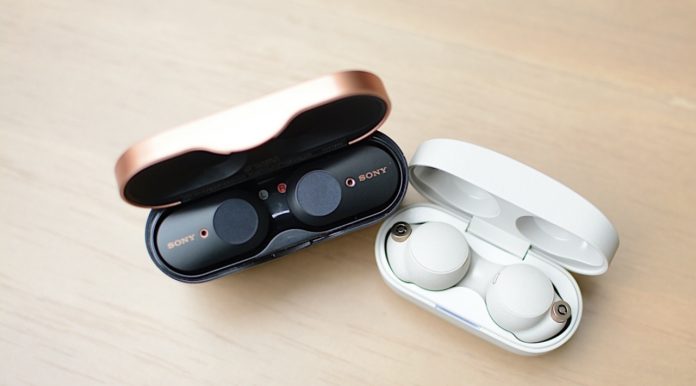 Technology giant Sony WF-1000XM4 swallowed with its price. The device offers sound quality and long battery life. It currently outperforms all competitors in active noise cancellation. With today’s launch, the headphones are on sale! The company also announced all the details of the device.

Japan-based Sony launched the WF-1000XM3 headphones about two years ago. It had perhaps the best noise canceling and sound quality at the time. But many things have changed, and its rivals have developed rapidly.

Recently, the company stated that it will announce the price and details of the headset with the launch. However, there have already been many leaks and most of the features of the device have been revealed.

The technology company made the launch today. Sony announced the price of the Sony WF-1000XM4 as 280 Euros and 280 Dollars. The device is currently on sale abroad on Amazon, Best Buy and Sony’s sites.

Wireless headphones Sony WF-1000XM4 appeared in front of those waiting in white and black color options. This model, which is smaller than the previous model, is still large compared to models from other brands. However, its design is quite striking.

The headset has IPX4 waterproof certification. It is also compatible with Qi wireless chargers. The device stands out with its active noise canceling capability. It comes with Bluetooth, USB Type-C charging, wireless charging box. Sony WF-1000XM4 has Speak-To-Chat feature to avoid blocking communication. This feature mutes the music when someone is talking next to you.

Sony WF-1000XM4 can work for 8 hours in active noise canceling (ANC). When ANC is not active, the battery life of the device reaches 12 hours. In the case of wireless charging, it goes up to 16 hours.