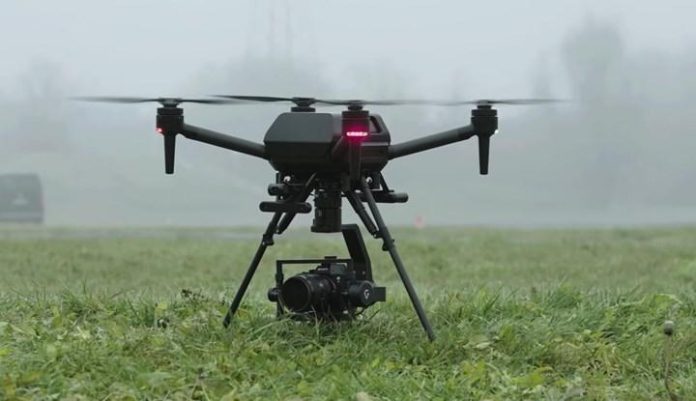 Sony has now officially announced the Airpeak S1 drone, which it previously announced and previewed at CES 2021 in January. The announcement includes much more details about the Sony drone’s capabilities and features. It also reveals a $9k price tag for the gimbal or camera without the drone. All of this reinforces the idea that the drone will target the purely professional video market.

Airpeak S1; It’s built to work with Sony’s mirrorless cameras, including the A7S Mark III, FX3, and even the 8K-capable Alpha 1. These will be attached to a special version of the Gremsy T3 gimbal designed specifically for Airpeak and will need to be purchased separately. With a camera, the drone will have a flight time of about 12 minutes. Still, it can reach 22 minutes of flight time without any load. It is also worth noting that the camera needs its own batteries, it is not powered by the drone.

Sony also released a preview of the types of shots you can take with the drone, which you can see below. You can also see the retracted landing gear in action.

One of the most attractive points of the drone is its stability and wind resistance. According to Sony, it can stay stable in winds of up to 72 kilometers per hour and has five sets of stereo cameras and an infrared rangefinder that allow the drone to hover without hitting obstacles and remain stable even without satellite reception. Sony even commissioned Japanese space agency JAXA to help do some testing for the drone:

Also Airpeak is fast; It can accelerate 0-80 km / h in 3.5 seconds. It is worth noting that this is without any attachments via the drone. Sony didn’t say what kind of speed or acceleration can be achieved when the drone is flying a camera.
The Airpeak S1 can only be operated with the included remote, but Sony has an app called Airpeak Flight to help make things easier. The app is only compatible with iOS and iPadOS for now, but will allow control of the camera and gimbal. Airpeak can be operated by a single person, but it also allows dual operator mode, where one person controls the flight and the other controls the camera. Sony says the controller’s range is still being tested.

The $9,000 price of the Airpeak S1 does not include the camera or gimbal. However, the package comes with two pairs of propellers, a controller, two batteries and a charger. Sony hopes to launch the product in the fall and will offer a service plan to cover damage caused by crashes.

In light of all the legislation and controversies regarding drones manufactured in China, Sony makes it clear that the Airpeak S1 was designed and made in Japan.

NASA Announces New Missions to Analyze the Weather of Venus