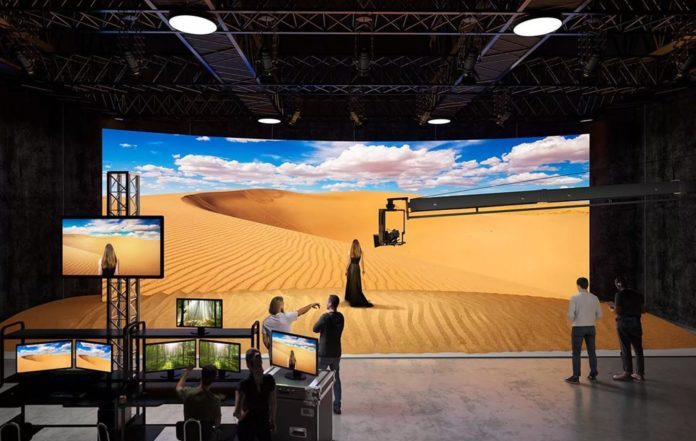 Sony has announced that it will begin selling a range of modular displays that can be used to create digital movie sets. Familiarity with this kind of technology might be that Industrial Light & Magic and Epic Games have created similar sets to help prepare The Mandalore.

The displays in question are part of Sony’s Crystal LED series, which are modular panels using MicroLEDs and were previously marketed for use for signage. Display technology and modularity means you can create enormous images using a group of panels connected to a controller. This is useful if you are trying to create a virtual set of screens.

The ones announced yesterday form part of the new B series and are marketed as useful for film production. These have an anti-reflective coating and are glossy. Sony says they can run at 1800 nits. Apple’s Pro Display XDR includes a screen with a brightness of over 1600 nits. In fact, the term “XDR” in Apple’s Pro Display XDR means “extended dynamic range”, symbolizing how bright it can actually be.

Sony creates an alternative to green screen with screens

As an example, imagine a character sitting in the desert at sunset. If you were shooting this against a green screen, you would have to set a series of lights to emulate how the actor would look if he was actually outside. However, if you are using a display, you can mostly trust that the displays will generate this light for you. This makes it easy to get a realistic looking shot. You can see an example of this in the video below.

Using screens will create more realistic reflections. The hypothetical character in the example would reflect this green color if he were wearing a slightly reflective helmet and were filmed in front of a green screen. VFX artists had to come back later and make the helmet look as if it actually reflected the desert. However, with screens, the helmet can mirror the images displayed around it, no post-exposure action is required.

Sony says these displays have high frame rates and three-dimensional display capability. So there is great flexibility in what kind of image markers you can feed them. The company plans to make them available “in the summer”, but has not yet announced a price. Given that these are professional-grade products (the B series was developed in collaboration with Sony Pictures Entertainment, Sony’s film production arm), there is likely a price tag that “if you have to ask, you can’t afford it.” But even if you are not going to buy it yourself, you will be likely to watch movies or TV shows produced using them soon.

iPhone 12 may have design inspired by the iPad Pro

Samsung AirDresser is the closet to disinfect your clothes