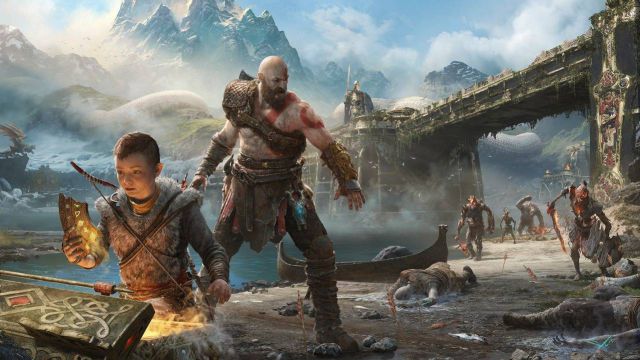 God of War: Santa Monica keeps posting job offers to work on his new project, his first new IP since 2005, after God of War. It is the launch year of God of War Ragnarok, one of the most anticipated games of this 2022 and with a date yet to be specified, but in Santa Monica they have been thinking about their next project for some time. Today we have new information about it, and it is that the Californian studio has published a job offer in search of an Art Director in which it speaks of “a new large-scale project”.

Something brand new in Santa Monica

An expression where the word “new” stands out above all else, since in Santa Monica they have been working solely and exclusively on the God of War saga since no less than 2005. Since then three numbered installments have appeared, two spin-offs for PSP and a prequel -Ascension- on PS3, in addition to the recent 2018 reboot and God of War Ragnarok, which will arrive this year, but as we said, on a date yet to be determined.

But back to what concerns us, and is this new game. “Join us and embark on a new journey,” begins the description of said offer. “Coordinates large teams of artists across multiple areas to execute on the creative promise of a large-scale new project.” In addition, they specify that they are preferably looking for someone with experience in the development of AAA games, and it should also be remembered that at the time, in another job offer, they spoke of someone specifically with experience in “fantasy” worlds and characters.

Also, this is the most recent offer, but not the only one. Other profiles such as Render Programmer or Character Concept Artist are also required in which a new project is also mentioned. However, it is not determined that it is the same one that we have been talking about or even a different one, since it is not ruled out that in Santa Monica they have more than one game in development.