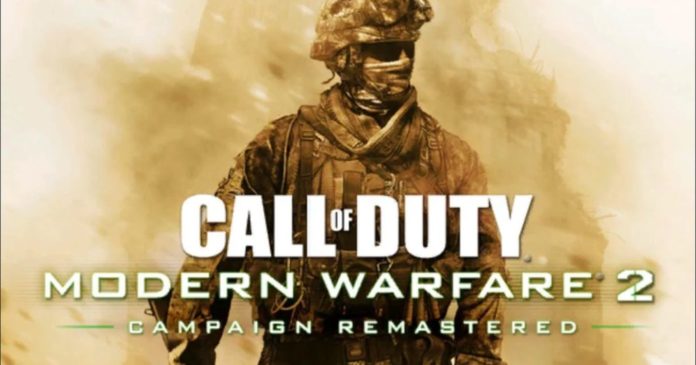 When the original Call of Duty: Moder Warfare 2 game was released in 2009, Russia had a great reaction to the game called ‘No Russian’. The remastered version of the game has not been released in Russia.

Call of Duty: Modern Warfare 2 Remastered was released on PlayStation 4 on March 31. In April, it was determined that the computer and Xbox versions of the game will also be released. The game did not go on sale in one country: Russia.

Those who have played the original version of the game will remember the task called No Russian. In this mission, a Russian terrorist group was carrying out a massacre at an international airport to blame the US, to wage war between Russia and the USA.

Russia bothered by dismissal
Russia was not happy with these images when the game first came out. The country, which was uncomfortable with Russia and the Russians being shown in this way, did not allow the game to go on sale. After a while, the game was re-sold and the task was removed in this version.

In the remastered version of the game, the task is back to the game. This resulted in Sony Russia not selling the game in this country. The interesting thing is that the game will go on sale on other platforms.

It will go on sale in other platforms
Even if the game will not be released in Sony’s Russia store, Xbox and computer versions will be on sale in Russia. However, it should be noted that it is not yet clear whether these versions will include the ‘No Russian’ task. In addition, it may be possible to sell the PlayStation version in the country if the task is removed from the game.

It is not unusual for the Call of Duty series to have problems with Russia. Previously, Call of Duty: Modern Warfare was accused of being Russiaphobic when it was first released. Some of the fans stated (once again) that the Russians were not satisfied with being a villain, and criticized the tasks in which the US war crimes were destroyed by Russia.

Russia clearly shows that they are not satisfied with the way they are reflected in the game. What do you think about this controversial task? Do you think the Russians are right in their reactions?