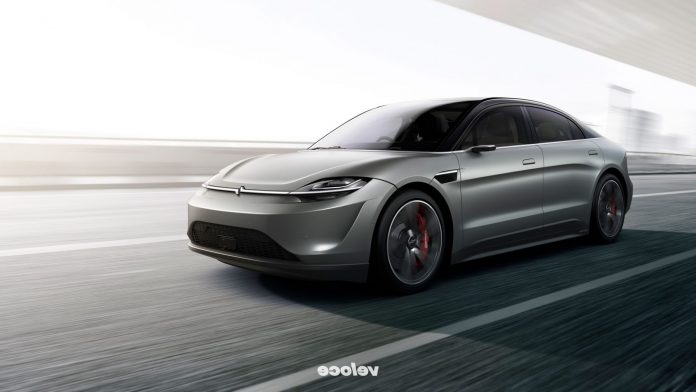 A sad news came from Sony’s electric car, Vision S, whose promotional video was released at the CES 2021 fair. The company announced that its electric cars equipped with high technology will not be offered for sale, and that the Vision S will be used to be tested on different technologies.

Sony, one of the technology giants, announced its new electric car Vision-S at the CES 2020 fair, and released the promotional video of the vehicle at the next fair. The images of this vehicle with Level 2 autonomous technology made us think that Sony would go into mass production and enter the automobile market.

The company made such a big expectation that it made a new statement and announced that the Vision-S will not be available for sale, it will only be used for testing on various technologies and for trials for PlayStation 5.

Vision S will be tested on Sony’s own technologies

With a total of 40 different sensors, 4 of which are lidar, Vision-S provides a 360-degree view and also has level 2 autonomous technology. Sony stated that in the future, the autonomy level will be increased to 4 with the software and the Vision-S can go on its own without the need for a driver.

Sony did not see the electric car just as a vehicle, but also promised high equipment for entertainment. Vision S had a 360-degree sound system and PlayStation 5 with 5G connectivity, prepared separately for each passenger. Seeing an electric car designed by a company like Sony on the road would be a very innovative step, but the company unfortunately prefers to keep the vehicle to itself.

One of the company’s spokespersons made the following words to Car and Driver; “At the moment we have no idea of ​​mass-producing and selling the vehicle. Mobility will be one of the biggest trends of the future, and together with Sony we are exploring how we can contribute to the era of autonomous driving. Thanks to our advanced technologies in vision and sensing, we have both safety and reliability in autonomous driving. In addition to all this, we want to provide a successful experience by leveraging entertainment for mobility. ”

Foldable iPhone may arrive in 2023