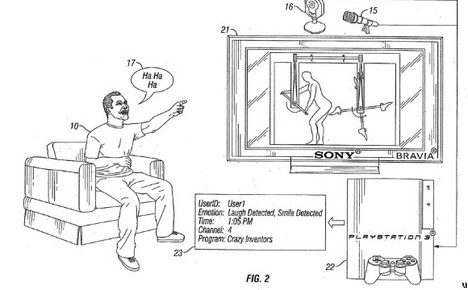 Sony recently received an interesting patent. According to the patent in the U.S., Sony has designed a robot playmate that will react to the emotions of the players.

A new patent from Sony was discovered on the website of the U.S. Patent and Trademark Office. In Sony’s patent, a cute figure sitting next to a person playing on the sofa appears. It seems that the cute figure with a pair of cute eyes and feet has no mouth.

The robot, developed by Sony as a player companion, can talk to the player and play his arm, leg or neck in response to the player’s emotions. According to the patent, the player will be able to play games with the user. As an example, in a baseball game, the robot is given to direct the opponent team against the user.

The robot that reacts according to the emotions of the player
Sony’s patent describes a robot with an “emotion derivation unit”, an object control system that can sense the user’s emotions and act accordingly. This unit of the robot is complemented by a biological sensor that can track the user’s heart rate and sweating.

The patent describes the robot’s function, which explains that robots are developed to motivate users to play games and to create a “common viewing experience” to react to the user when the user is not related to another person.

The function of the robot, which will be a playmate, is also described in the patent. The patent states that the robot located nearby will watch the game and be happy or sad with the user in order to increase the motivation of the player to play.

A digital gaming companion can be created using virtual reality through a device to be stuck in Sony’s patent at the U.S. Patent and Trademark Office. The player will be able to watch the playmate to be created with virtual reality while playing.

As with all patents, this playmate robot from Sony may not be released. The patent may only be showing a technology Sony is working on. The completion and development of such a robot by Sony can be met with interest by the players.

Genshin Impact: where to find resin