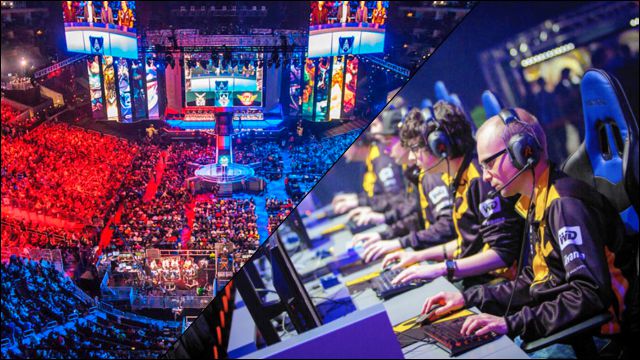 Sony: The company registers a system that allows the use of different forms of payment; It is aimed at electronic sports (esports) and online games.Sony Interactive Entertainment has registered a patent based on a video game betting system. The petition, raised in 2019 and approved on May 13, 2021, shows a technology adaptable to multiplayer video games and electronic sports (esports) to make bets with real money and cryptocurrencies during online games or tournaments; regardless of whether or not they are professional in nature.

Like all patents, it cannot be concluded that Sony is planning to apply this technology to PlayStation consoles. Not surprisingly, the approval of the registration creates legal support for Sony in the face of possible commercial uses of it. According to the description, the use of machine learning is contemplated, artificial intelligence capable of learning from the behavior of the players to automate the betting system with greater precision, as is already the case with many bookmakers and other systems based on randomness. .

“The probabilities of various propositions relating to the game of a computer simulation are determined and presented to a viewer for monetary or non-monetary wagering purposes,” with real money. “Odds can be determined using previous game analysis, or they can be determined parimutually,” they say.

The patent would follow a constant cycle based on seven steps: access to video game analytics -based on the history of individual player behaviors-, determination of probabilities, offering different variables to bet on -based on that prior learning-, exchange of probabilities with the remaining time, find the best possible bet, receive the final bet of the player and, finally, the result and the relevant payouts.

“The player’s statistics are accessed and then proposition bets are offered with the respective probabilities to know if the player kills the three characters with a grenade or not,” the document can read. In this way, the bets would not only be to determine who wins a football match, but how many goals will be scored and other bets that go from the general to the particular; and vice versa.

In other related patents from Sony we find an automatic mode supported by AI; a Trophy system for video games from previous consoles; a hint system with voice and text notes for third parties; as well as the use of common household objects as video game controllers.

Jennifer Lopez teases something new from J Lo Beauty as she...