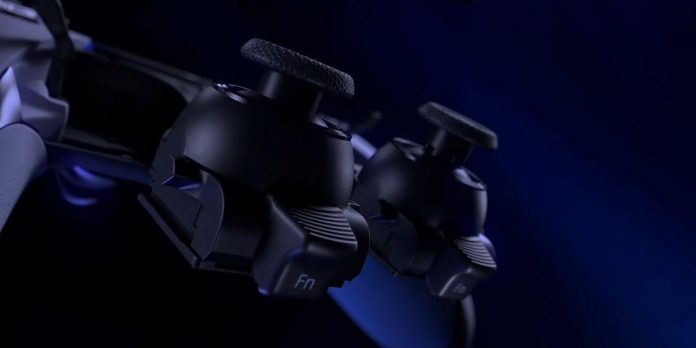 Sony has unveiled a brand new patent that uses the device’s basic tactile vibration motors to transmit various messages to the user. The latest in a long line of the company’s patent listings, this particular use case offers some interesting features, up to the implementation of a relatively simple encryption system to ensure a secure communication channel.

Over the past couple of months and years, Sony has come up with a whole bunch of innovative patents and hypothetical device descriptions, most of which are quite interesting and potentially define a niche after full implementation. This particular patent describes a special communication line that can be installed between two separate devices and propagated through their tactile vibration motors.

While there is no direct reference to any specific device or gamepad in the patent itself, the functions of the DualSense tactile controller are ideal for the functions described in it. According to the document, the controllers in question should be able to communicate with each other (and possibly even with third-party devices) using a series of tactile requests and responses, as well as be able to encrypt and decrypt the messages being sent. output or received, respectively.

Although Sony DualSense was underutilized in 2021, the company is clearly looking for ways to use its enhanced tactile capabilities in ways that most users probably would never have come up with. While the patent certainly applies to DualSense itself, which is likely to be Sony’s chosen platform for such features, it’s also worth noting that the same approach could probably be applied to a host of other gadgets, such as smartphones.

The DualSense controller, which is most often used in conjunction with the PlayStation 5, has the biggest launch month among all modern gamepads, making it a universal choice for gamers around the world. The fact that it can also be used on a PC while retaining most of its features has made it more interesting to more people than it would otherwise be, although relatively few games have fully and properly implemented its advanced tactile and progressive trigger features. .

No matter how interesting Sony’s patent plans are, not everything is going smoothly with its flagship equipment. Namely, the main drawback of the PlayStation VR2 has just been discovered, confirming that the new headset will not be compatible with the original PlayStation VR gamers. Naturally, this does not necessarily reveal anything about Sony’s patent for tactile communication and plans for future hardware and software, but it emphasizes that full cross-compatibility cannot be taken for granted.

The Battle for Tableturf in Platoon 3 Continues the trend of...