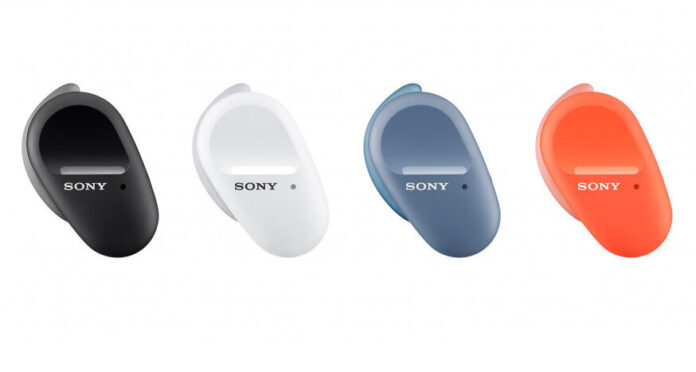 Sony, a successful name in headphones and many other technological products, today introduced its new wireless headset. The headphone introduced by the company today came out under the name Sony WF-SP800N. The newly introduced headset from Sony can attract the attention of users who want a good sound experience.

The Sony WF-SP800N carries a design similar to the previously released and popular WF-1000XM3 headset. Of course, there are still minor differences between the design of the two headphones. For example, the touch pad on the headset looks more elegant than the previous headset and fits the shape of the headset completely.

Sony WF-SP800N features:
However, as you can see in the photos, the headset has “fins”. Although these fins in the headphones make the headphones stand more stable while doing sports, any users who are uncomfortable with these parts can remove the fins at any time.

So what does the headset offer us in terms of sound quality? Although the Sony WF-SP800N is a mid-segment headset, the upper-segment headphones contain technologies that will not be so rare. The headset comes with Extra Bass technology and Adaptive Sound Control, which automatically adjusts the sound according to the ambience.

Of course, the active noise cancellation (ANC) feature in a mid-segment Sony headset is also a must. This headset, along with the active noise canceling feature of Sony like other middle segment headphones, offers touch controls, IP55 certification for water resistance and 9 hours of battery time even when ANC is on. When the ANC feature on the headset is disabled, this time is up to 13 hours.

The headset provides 1 hour of music listening after 10 minutes of charging. There is no clear information about the battery capacity of the headset yet; Nevertheless, when we look at Sony headphones with similar features, we can say that these headphones will have the capacity to listen more than 24 hours.

In addition to all these features, the Sony WF-SP800N headset, which can be controlled with the Headphones application, is on sale with a $ 200 price tag. The new headset market in Turkey is expected to go on sale.

iPhones Reportedly Were Hacked By Two Israeli Companies In 2021