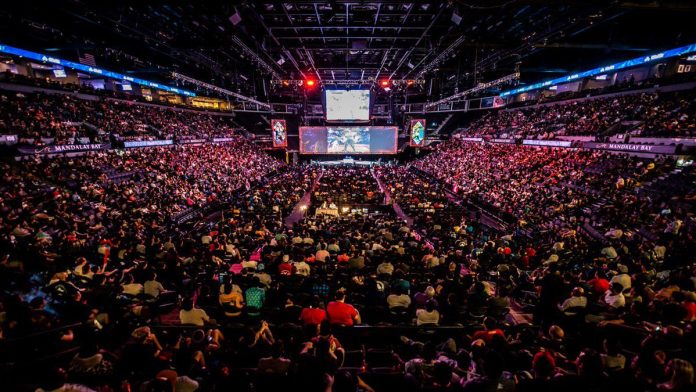 Playstation announced by surprise an agreement for the acquisition of the largest fighting game championship in the world. What does that mean?

The PlayStation family grows, and it does so with the EVO, the most important and prestigious fighting games event in the world. The announcement, which jumped by surprise yesterday, may seem surprising and unexpected, because in the age of studio shopping like the one we have recently experienced, no one would have taken a step in that direction. For Sony to acquire the EVO should mean a lot of things. The main one, that the event organized in Las Vegas and that has given us some of the best moments of the genre, enter a new dimension. But for Sony, what is this going to mean?

Daniel Ahmad, an analyst at Niko Partners, gave some hints about what this move meant. The first, that fighting games provided 1.1 billion hours of play in 2020 alone. Many times we value games and their health based on what we see on Steamchart and concurrent users. This, which can be used as a guide, is not a true image for a genre, that of fighting, which has its largest player base on consoles.

Esports is becoming one of the greatest entertainment in the world. Brands, investors and users look at it. The first two often with the face of “this is the future”, but sometimes without fully understanding it. The third parties, organically, are adding to this to see championships of their favorite games. In the same way that football is part of our day to day, and when life was life (and we did not have a pandemic) we would meet to watch games even with people who do not follow the daily life of Barça or Madrid, or the Because the Superbowl bursts audiences because it is necessary to follow it, esports are breaking small barriers in the same sense. Seeing the Worlds without playing League of Legends is common, in the same way that not a few put the EVO of Dragon Ball FighterZ because a Spaniard like Shanks was making history.

Everyone (investors, agencies, general media) is increasingly looking towards esports; and within them, fighting games have yet to hit the ground running

It is estimated, according to Business Insider, that esports viewers will reach almost 650 million in 2023, doubling the 335 million in 2017. A blazing growth in six years of which investors are not strangers. eMarketer collected advertising revenue in esports in the United States: from 143 million dollars in 2018 to 226 million dollars calculated for this 2021. How is Sony (or whoever) not going to be interested in a sector like this, in full growth and with increasing investors.

First Look At Tatiana Maslany As She-Hulk Through Series Merchandise