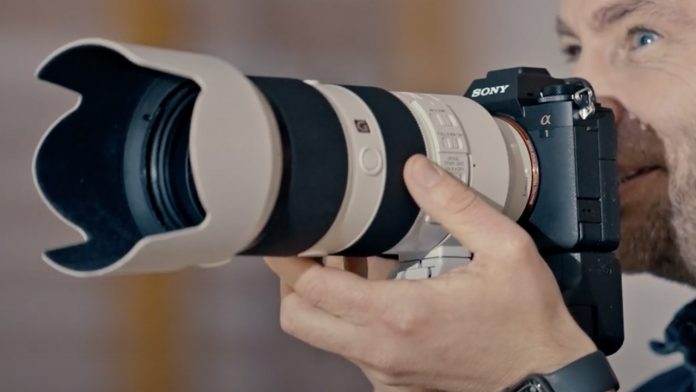 The competitive battle between Samsung, Huawei and Apple in the phone market is taking place on the camera front between giants like Sony and Canon. Sony made a move that could change the rules of the game with its new A1 camera, which has impressive features. Here are all the details, especially Sony A1 features and price!

Featuring a new 50-megapixel Exmor RS stacked CMOS sensor and state-of-the-art Bionz XR processor, the Sony A1 challenges many flagship cameras on the market by offering 30 frames per second shooting rate, 8K 30P / 4K 120P video and much more. The Canon R5 is one of these competitors, but the price tag Sony has set is much higher.

Sony A1 features – what does the Sony Alpha 1 offer?

We have to say that the main feature of the A1 is incredibly high speeds. Sony states that users can take 50.1 Megapixels at up to 30 FPS using the electronic shutter with both autofocus and auto exposure activated. To put it more simply: It is possible to take 30 photos at a resolution of 50.1 Megapixels in 1 second.

This means 1500 MB per second. When you switch to the mechanical shutter the speeds drop to 10 fps, but it’s still very good considering the use of a very high resolution sensor. We should also mention that you can capture more than 150 compressed RAW files before the buffer is full.

Those who say 50 megapixels are not enough for me are offered the opportunity to combine up to 16 shots into a single 199 megapixel image. It is possible to shoot 30 FPS video in 8K resolution and 120 FPS in 4K resolution with the Sony A1.

Using Sony’s latest HEVC / H.265 code, you can shoot in 10-bit 4: 2: 2 color detail and S-Log or hybrid log gamma (HLG) modes. If that’s not good enough, you can send 16-bit RAW video to an external recorder. The A1 also has Sony’s S-Cinetone color matrix found in Venice, FX6 and other cinema cameras.

The rotating shutter has been a problem with previous Alpha models, especially when it comes to video. However, Sony has promised that the new anti-distortion shutter will reduce this effect by 1.5 times. Sony also announced an anti-flicker mode to reduce the flickering caused by artificial lights when taking pictures using the electronic shutter.

He said Sony tracking algorithms work faster than ever and with 30 percent higher precision than the A9 II. Additionally, the A1 has 5-axis in-body stabilization, including an active mode that Sony calls “extremely effective for handheld shooting.”

All these features are offered with a body weighing 737 grams. Sony promises that you can record 8K / 30p or 4K / 60p video continuously for up to 30 minutes without overheating. The Canon EOS R5 was criticized severely for its heating problem.

Much like the A7S III, it has dual SD UHS II and dual CFexpress card slots. So you can instantly back up your work and choose between cheaper SD UHS II or faster CFexpress formats.

How much is the Sony A1 price?

Those who want to have all these features will be out of pocket, the Sony A1 price was determined as 6500 dollars. This means that the device is $ 3,000 more expensive than the Canon EOS R5.