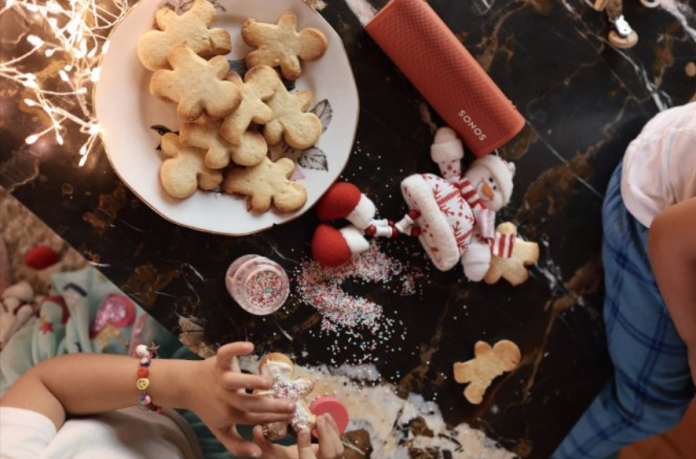 Sonos has launched a new Seasonal audio noise Aggregator Index (S.A.N.T.A.) to track the start of the holiday season.

The company has created a special algorithm in the hope of putting an end to disputes about when preparations for Christmas will officially begin.

The S.A.N.T.A. index measures “ringing waves” in 23 countries around the world to determine the moment when the festive mood begins to rise. At this moment, in each country, Sonos unlocks the distribution of products, promotions, new Sonos Radio holiday stations and much more.

“No matter how we celebrate the holidays, it’s the time of year that makes us feel more connected, joyful and nostalgic, whether it’s listening to this fun song that evokes vivid memories of baking with your family, or watching a seasonal movie that makes your eyes fill with tears, no matter how much once you’ve seen it,” Pete Pedersen, Sonos’ vice president of marketing, said in a press release.

“Of course, when the season really comes, there is a certain level of passion and anticipation, so this year we wanted not only to help our listeners feel more festive by connecting them to their favorite holiday content, but also by answering the age-old question. : when is the right time to turn on the festive sound?”

Sonos has been measuring the so-called “ringing waves” since October 13, analyzing the frequency with which users search and play the five most popular holiday songs and movies in the Sonos app in the United States, Canada, Mexico, the United Kingdom, the Netherlands, and South Africa. , Colombia, Australia and more. This data is then combined with other metrics, such as social media discussion, to create a daily estimate of the jingle wave on a scale from 0 (no festive mood) to 100 (the most festive mood).

As soon as the country reaches 50 on the scale, Sonos will determine that the holiday season begins in this place. The UK reached this tipping point last week, on November 18.

In other Christmas news, Stormzy said he has written a song worthy of Christmas number one for his upcoming album, This Is What I Mean. The album will be released on November 25, and when asked in an interview if he could have a Christmas song on the album that could take the first place, Stormzy told Magic Radio: “Well, lo and behold, I have something really special. For you guys, and do you know why I’m so proud? Because I made this song with love.

“I just composed this song and it came from the purest place, I wrote it with an amazing artist. A really extremely gifted artist named Debbie, and we wrote this beautiful, beautiful song, and I honestly think that… I don’t want to jinx it, but I swear to you, I can’t wait for you guys to hear it.”