Home Entertainment Sonic The Movie 2 Makes Us Vibrate With His First Trailer At... 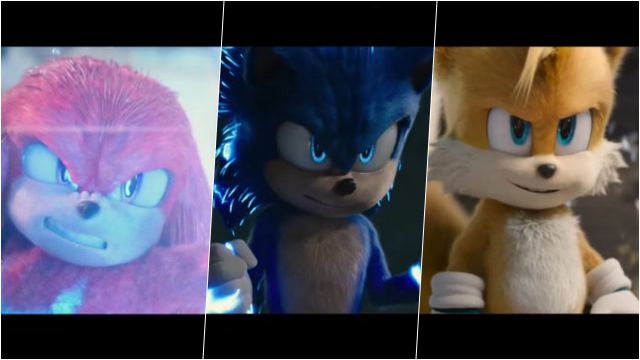 Sonic: SEGA’s blue hedgehog appears in style at the TGA 2021 gala to show his first preview. The film will be released on April 8, 2022. Sonic The Movie 2 has shown its first trailer in style at The Game Awards. They promised us days ago: SEGA’s blue hedgehog would break into the gala with his new movie. As if his new poster and the confirmation of Tails’ voice were not enough, we already have here the first preview of what is set to become one of the great film dates of 2022 for video game lovers. Take note of the date: April 8, 2022.

With Sonic and Tails as the main protagonists, the trailer has shown us a few sequences of what awaits us in this fast-paced adventure, very faithful to video games. And yes, Knuckles has also appeared in style, who this time will have a prominent role. We leave you the trailer below.

Sonic the Hedgehog, a hit also on the big screen

The success of Sonic, the movie is indisputable. Its premiere last February 2020 – shortly before the pandemic – served to show that the SEGA character could fit in the cinematographic universe just as well as in that of video games. With Jeff Fowler at the helm, this adaptation distributed by Paramount Pictures managed to reap a gross of 319 million dollars, which may be much more with the new 2022 film.

Sonic, the movie 2 is scheduled to premiere on April 7, 2022 in the same spirit as the first; again with Jeff Fowler directing and Pat Casey, Josh Miller and John Whittington writing the screenplay. Luckily, the casting hasn’t changed, making it easier for you to feel familiar about the first part. Ben Schwartz will be Sonic again; joined by Jim Carrey as Dr. Robotnik and James Marsden and Tika Sumpter as Tom and Maddie Wachowski. To these we must add the figure of Idris Elba as Knuckles the Echidna.

Filming began in Vancouver in March 2021 and concluded in Miami on June 25, 2021. Will he be able to surpass the result of the first part? There are only a few months left to find out.

On the other hand, it should be remembered that SEGA and Netflix have agreed to produce a television series (Sonic Prime), an animated series of which we will have more details soon.

You can find out all the news about The Game Awards through this link.