Home Entertainment Sonic The Hedgehog 3: Can the movie use Shadow’s original backstory? 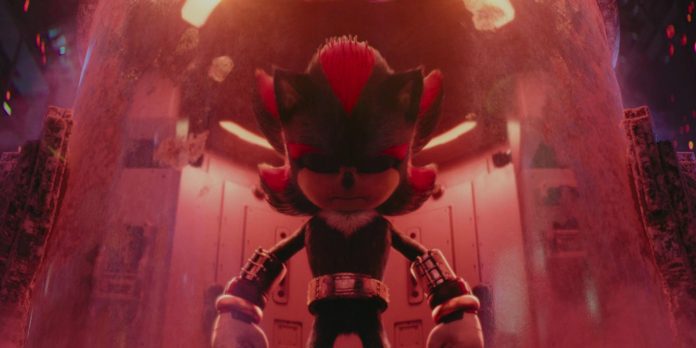 The Sonic the Hedgehog movie franchise has made quite a few changes to the source material, but most fans seem to be happy with the adaptation. As they continue to add fan-favorite concepts from games to the evolving cinematic universe, they may have to make more changes to maintain the integrity of the new continuity.

Fans of the beloved Sonic franchise have a long list of characters, locations, concepts and events that they can’t wait to see on the big screen. Fortunately, one of the most popular requests was confirmed by a scene in the middle of the credits of the second film, leaving most fans in suspense due to the two-year break between films.

Shadow the Hedgehog will join the Sonic the Hedgehog film franchise with a third film, which will be released in December 2024. One of Sonic’s most powerful enemies and allies, Shadow is a huge addition to the franchise that will really shake the canon. The first film was sold without problems as the first film adaptation of one of the most beloved game franchises of all time. The sequel was an explosive event with its grand reveal of Tails and Knuckles. The conclusion of the trilogy had many advantages, but with its mid-credits reveal, it pulled out one of the biggest cards the franchise has yet to play. But there are still a lot of questions about how the film franchise could have handled this character, who has had so many different iterations over the years.

Shadow the Hedgehog was introduced in 2001 in Sonic Adventure 2 . His first appearance was also his debut in gameplay, as this game was divided into heroic and villainous chapters. Initially, it was assumed that the Shadow would appear only in this game, but the overwhelming reaction of fans to the sharp black hedgehog ensured that he would appear often. By 2005, he headed his own game of the same name. He is the best of both worlds, just such a “cool” of the early 2000s, who delighted 12-year-olds of that era, and also, ironically, provided those who like the series with something to have fun with. Shadow is a powerful antagonist, Sonic’s rival and a dark antihero who was immediately loved, but his backstory is a bit confusing.

About fifty years before the events of the game that introduced Shadow, a gifted geneticist named Professor Gerald Robotnik began work on creating a new life. He intended to create an Absolute Life Form, a being that would be immortal and invulnerable, more powerful than any being known in the universe. Thanks to the blood of a godlike alien named Black Doom, Gerald succeeded and named his creation Shadow. The franchise does not contain an explanation of why the doomed divine being took the form of a prickly mammal, but for some reason that’s exactly what Gerald did. Professor Robotnik’s goal in creating the Shadow was to use his immortal DNA as the basis for the treatment of all diseases, in particular, for the treatment of the incurable disease of his sick granddaughter Maria. Shadow got close to Maria, but when the G.U.N. forces discovered Shadow, they tried to suppress him. Maria was shot while protecting him, and Shadow was captured and placed in permanent stasis. Gerald’s grandson Ivo “Eggman” Robotnik found Shadow after a while and forced him to work on capturing the world.

So, this is the original Shadow background. This is an organism grown in a laboratory with evil alien DNA as a basis, turned away from its originally noble goal because of the cruelty of humanity. Mad Science was pretty straightforward for a movie franchise, but it’s fair to assume that Black Doom’s point of view won’t be needed. The Cinematic Shadow may still be a scientific experiment, it may even be built with a noble purpose, but Mary’s role in its history may not pass this transition. Those who have seen the Shadow the Hedgehog videos have seen a little blonde shot with a real gun. Otherwise, it’s a bit inappropriate for a franchise about forest creatures that run fast and jump on each other from time to time. Hollywood rather dislikes child death, even in genres more adult-oriented, suggesting that a child-oriented franchise like Sonic might not have the guts.

The Sonic movies have everything to put Shadow’s backstory into the movie unchanged, but he can still make some changes. So far, the only scene with the character has shown only that Shadow is connected with Robotnik and that he is still called Project Shadow. The films did an interesting job of adapting parts of the games, but at the same time told their own stories. It is fair to assume that the general features of the Shadow creation story will be preserved, and some small details will be changed to match the new story. So far, the source material has been well crafted, but it remains to be seen if Sonic and Shadow will fight the giant alien brontosaurus on the big screen. Or the kids will have to see a G.U.N. agent shoot a 9-year-old.

The trailer for the 21st season of “Family Guy” parodies “The...

Lacey Chabert and Boozy promoted the new film “Groundswell”, but another...