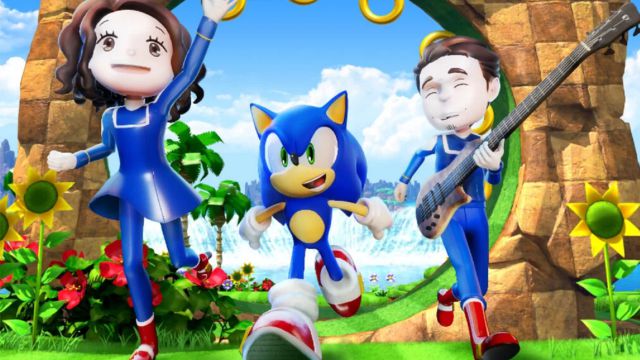 Sonic: The original composer of the game has been commissioned to write this new version, in the heat of the 30th anniversary of the saga. Masato Nakamura composed the original soundtracks for Sonic The Hedgehog and Sonic The Hedgehog 2 for the Sega Mega Drive, two titles that came out in the early 1990s. Now, the character is celebrating his anniversary, since this year he is no more and no less than 30 years since his debut. On the occasion of this very special birthday, the pop band Dreams Come True, of which Nakamura has been a member since the 1980s, has covered the legendary Green Hill Zone. And what is more interesting, it has provided a letter (in Japanese, yes).

The piece, renamed Tsugino Seno! De – On The Green Hill, talks about traveling through forests and hills, motifs that anyone can recognize from Sonic, who runs at full speed through these types of locations. In the video, which you can see below, there are also visual references reminiscent of SEGA’s mascot. Although the song has been composed by Nakamura (who, by the way, plays bass on this song), Miwa Yoshida has taken care of the lyrics.

The theme is available on Spotify, but in two different versions. The one with the music video, calmer, and another remixed second version that sounds more like a video game from the 16-bit era. As VGC points out, it is not usual for the band Dreams Come True to cover versions of Sonic. In 1992, the album The Swinging Star featured the track Sweet Sweet Sweet, which became the music for the credits of Sonic 2.

Yuji Naka, creator of Sonic, has supported the theme: “It feels like Sonic on his 30th anniversary, I’m happy.”

Riot Games Prepares The Launch Of A New Client On PC