Home Entertainment Sonic Prime: what can fans expect from the series “Shadow”? 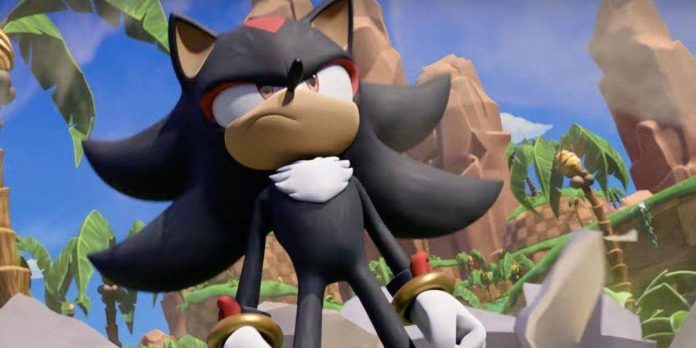 The Sonic the Hedgehog franchise features one of the most uniquely devoted fanbases of any ongoing multimedia IP, but that comes with upsides and downsides. While they’ll defend the things they love about the franchise to the hilt, the powerful fandom will savage any creator who dares to portray a character in a way they aren’t fond of.

Sonic and his entourage have been having something of a boom period this past couple of years. Between controversial upcoming games to shockingly successful blockbuster film adaptations, the character is more prominent than he has been in around twenty years. Along with all the rest, there’s also a hotly anticipated animated series on its way with some interesting details attached.

RELATED: Sonic 2: What The New Knuckles Says About The Fanbase

As part of the extremely brief Sonic Central presentation put out by Sega on June 7th, the company showed off around fifteen seconds of the upcoming Sonic Prime animated series. The series was originally announced way back in December 2020, with vague statements from the company. Further information has been drip-fed to fans over the past year and a half, eventually culminating in a couple of extremely brief clips. One of the upsides of the Sonic franchise is the fact that fans can be made extremely excited with the reveal of a single character, and that theory was proven by Prime’s brief showcase. The few seconds display a yellow sphere spin-dashing its way through a green landscape before suddenly revealing that Shadow the Hedgehog will appear in the series. While this reveal did cause a significant fan outcry, it also raises several questions from newcomers and hardcore fans.

Shadow the Hedgehog was introduced in 2001, as one of the primary antagonists of Sonic Adventure 2. He’s a genetically engineered hedgehog who was designed to be the Ultimate Life Form. In practice, he’s a rival to Sonic, so close in capabilities and appearance that he can pose as the Blue Blur. Perhaps the most interesting thing about the character is the wide variety of ways in which different works over the previous two decades have portrayed him. Since many creators have come up with different takes on Shadow, it’s worth asking which might make an appearance in the cartoon.

The original version serves as a direct rival to Sonic. He’s arrogant, cocky, and malevolent. He actively participates in Dr. Robotnik’s pursuit of world domination, easily led along by whoever happened to wake him up. Late in the game, it’s revealed that Shadow’s original design had a more noble purpose, and his grim genocidal view of humanity was born out of revenge. Shadow mourns the loss of an innocent friend who taught him to be good, and her needless demise at human hands led him towards evil. In the game’s final moments, the severity of Shadow’s actions is revealed to him, and he understands the teachings of his dead friend. He joins Sonic in his effort to save the world and appears to give his life in that pursuit. This portrayal, a decent being turned towards evil by vengeance and brought back to the side of good when the chips are down, is fairly common, but it isn’t the only Shadow out there.

In 2005, the first and only game to star Shadow as the main character was released. Some fairly heavy rewrites were made to allow him to be the central figure. This take on Shadow suffers from amnesia, leaving him unsure of his purpose and motivation for most of the game. His primary personality traits are only slightly changed, but his defining narrative trait is moral ambiguity. Shadow is portrayed here as a gun-toting warrior, willing to kill or work with whoever happens to be nearby in pursuit of his identity. Depending on the choices made by the player, this Shadow is either a selfless hero, a genocidal maniac, or a self-centered loner who can’t be bothered with either side. This take on Shadow also appears somewhat often, allowing him to play the hero in several other games, but there are still more versions of the character.

The most modern takes on Shadow take a more comedic look at him, often earning fans’ ire in the process. He’s still cruel and arrogant, but his crimes are portrayed more as rude behavior or middle school-level bullying. Shadow’s never really the good guy, but these modern takes portray him as a lancer to Sonic’s leader. He’s still a foil to Sonic and his general meanness is played for laughs, but, despite clearly hating most of the other characters, he’s always willing to join them to do the right thing. This take on the character completes the transition popularized by other characters, most notably Dragon Ball Z’s Vegeta.

It’s hard to say exactly which Shadow will pop up in Sonic Prime, but the limited details of the series do hold a couple of hints. His voice actor hasn’t been revealed yet, but Brian Drummond has been cast in the series in an unknown role. Most have assumed Drummond will be cast as Shadow, which is appropriate because Drummond was the original voice of Vegeta in an early dub. In addition, the creators have confirmed that Eggman will be in the series. Finally, the plot concerns a larger universal threat that Sonic must face. This information combined suggests that Shadow will play a villainous role at first, but join Sonic to save the universe by the show’s end. Fans will have to wait and see how Shadow comes across when Sonic Prime premieres on Netflix later this year.

Dwayne Johnson Will Star In A Movie Of A Brutal Video...

Will Halo Infinite Have Remakes Of Classic Maps? 343 Industries Responds