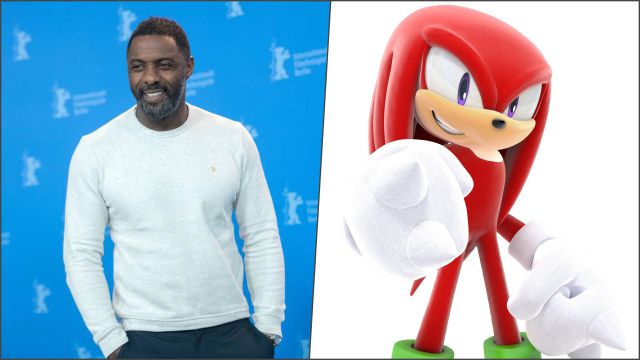 Sonic Movie 2: Idris Elba will play Knuckles in Sonic The Movie 2. Following his appearance in The Suicide Squad, the actor will voice the red hedgehog in the sequel. Paramount Pictures has confirmed through Idris Elba the new character that will be added to Sonic The Movie 2. The popular actor will play Knuckles, who will join with Sonic and Tails during its premiere on April 8, 2022.

The tweet, concise, shows the fist of the charismatic character next to the words “Knock, Knock”, which refer to the name of Knuckles. So far no more official images of the red hedgehog have been shared.

This is the synopsis of Sonic The Movie 2

Last May the official description of this sequel transcended, which will put the focus again on Sonic and his friends. We remember that this information has revelations from the first installment: if you have not seen it, we invite you to stop reading.

“After settling in Green Hills, Sonic is ready for more freedom, and Tom and Maddie agree to leave him at home while they go on vacation,” he begins. “Shortly after his departure, Dr. Robotnik is back, this time with a new partner, Knuckles, in search of an emerald that has the power to build and destroy civilizations. Sonic teams up with his own partner, Tails, and together they embark on a journey to find the emerald before it falls into the wrong hands. Directed by Jeff Fowler and starring Jim Carrey, James Marsden and Ben Schwartz, “he concludes.

This feature film is not the only licensing material that is on the way. SEGA and Netflix agreed to produce Sonic Prime, a new television series focused on animation. As far as the video game is concerned, the next stop is the remastering of Sonic: Colors for the systems of the current and last generation, as well as PC. Click here to read our impressions.