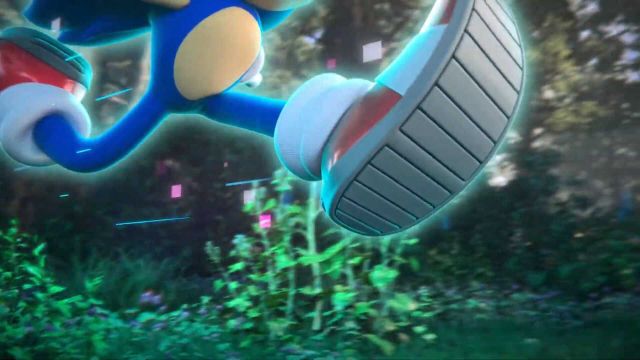 Sonic Central 2021, as part of the celebration of the 30th anniversary of the blue hedgehog, announces a lot of news around the brand. We tell you all.
Sonic never left. SEGA has confirmed the schedule of productions that it has in hand in relation to the most popular character of the Japanese firm. The celebration of 30 years of the blue hedgehog was translated into a battery of news, including the new production of Sonic Team, the remastering of Sonic Colors and much more.

Sonic, new games on the way: what can we expect?

The weight of the news rests on the shoulders of this new Sonic Team project of which little news has been shared. As the editor explains in a press release, this project will take us to the beginning of “a new adventure with a new title as a flagship”, by the creative team behind Sonic Generations and Sonic Forces.

On the other hand, the closest project goes through Sonic Colors: Ultimate, the remastering of the 2010 work. It is scheduled to launch on PS4, Xbox One, Nintendo Switch and PC on September 7; in the case of the computer version, it will only be released in digital format through the Epic Games Store. Know all your keys here.

There was also room to confirm Sonic Origins, a compilation of four installments in the same space: Sonic the Hedgehog 1, Sonic the Hedgehog 2, Sonic 3 & Knuckles and Sonic CD. “Fans looking for a nostalgic gaming experience will be able to dive into these classic hits and enjoy non-stop Sonic action and fresh content,” they share. It has not been revealed when it will arrive or to which platforms it will.

Nor can we ignore the expansion of some recent Hedgehog video games to subscription services. Sonic Forces, Team Sonic Racing, and Sonic Mania are coming to PlayStation Now on June 1; a bit later, on June 24, Sonic Mania will land on the Epic Games Store.

Sonic will also participate in other video games, such as the official video game of the Tokyo 2020 Olympics. You will be able to customize your avatar as the popular character, available for him to use in the 18 Olympic events. Two Point Hospital will receive exclusive cosmetics related to the brand completely free of charge. These customization items will land on July 22.

Sonic Prime, Netflix’s upcoming animated series, is just one of the productions underway in this regard. We knew the first teaser for Sonic Colors: Rise of the Wisps, a two-part animated series that will feature Roger Craig Smith as a voice actor.

While Tristan Thompson, Khloe Kardashian are preparing for the birth of...