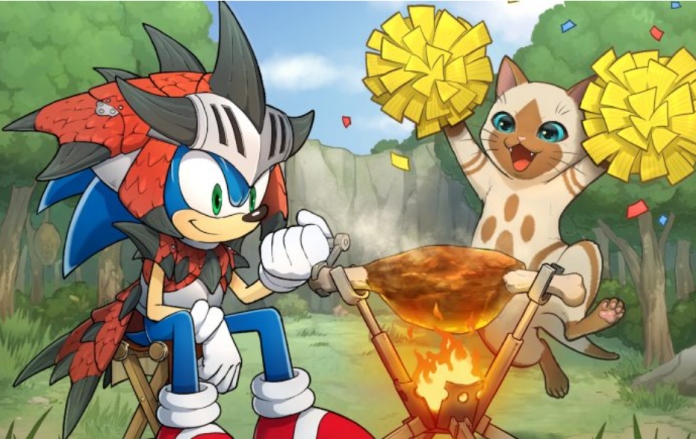 Sonic Frontiers is the latest game to receive the Monster Hunter crossover treatment, and it will see free DLC a week after the game’s release.

The DLC will also include a grilled meat mini-game that gives Sonic a boost inspired by the cooking mechanics in Monster Hunter.

Costumes and screenshots of the cooking mini-game can be seen in the tweet below.

The DLC follows a similar crossover event in Monster Hunter: Rise, in which players could get a Sonic suit for their hunter, as well as suits for their paliko and Palamut.

In addition, both Sonic Frontiers and Monster Hunter have posted several cross-images on their Twitter accounts showing off Sonic’s latest outfits.

Sonic has had something of a hectic journey over the years, and many of his 3D adventures have failed to impress critics. Therefore, there is a lot of pressure on Sonic Frontiers, which will put Sonic in an open-world game for the first time.

While many at first glance compared the game to Breath of the Wild, John Peltz in his preview for NME was noticeably more cautious about the prospects of the game. Peltz criticized much of what he was playing, saying that the open world often looks ordinary and that the platformer “felt like they needed serious work.”

#MonsterHunter is dashing into #SonicFrontiers! 💨

Following launch on Nov. 8, download the free Collaboration Pack on Nov. 14 to get some stylish in-game Monster Hunter equipment and play a fun mini-game!

Enjoy this artwork cooked up by the Monster Hunter series dev team! pic.twitter.com/BiAoh0KK9a

However, Peltz is somewhat optimistic about the final release of the game, admitting that he “left the demo wanting to play more and see what the world and history offer.

“The concept and ambitions are there,” Peltz said. “Time will tell if the mechanics will get enough polish to make it a must-have game in the franchise.”

As for other gaming news, Overwatch 2 was subjected to another DDoS attack, and was also forced to temporarily remove two heroes to fix bugs.

Hogwarts Legacy To Cut Quidditch Would Be Sad, But It Makes...

Ghost of Tsushima Director’s Cut, How Much Will It Occupy on...