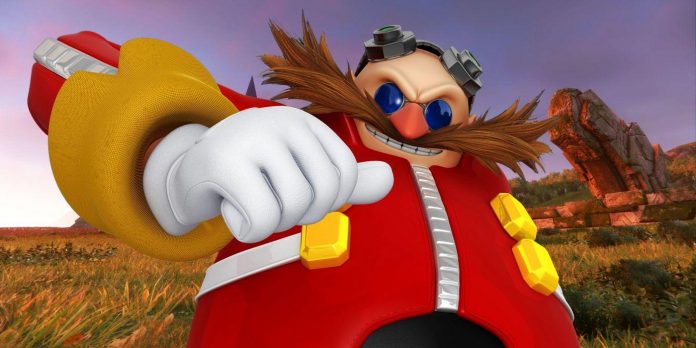 Sonic Frontiers screenwriter Ian Flynn recently confirmed that the nefarious Dr. Eggman will return, although fans may not expect it. The mustachioed mad genius has been a constant threat to Sonic since the very first Sonic The Hedgehog game, and Blue Blur and his many allies have usually worked to stop his plans for world domination. Sometimes Eggman is forced to team up with Sonic and company to confront a greater threat, as it was in modern parts such as Sonic Adventure 2, but most often he is the one who releases these threats in the first place — only to later get them out of his control.

Many fans naturally expect Dr. Eggman to play a similar role in the upcoming Sonic Frontiers, although the evil but surprisingly romantic scientist has been completely absent from the game’s promotional materials since SEGA officially announced Sonic Frontiers at the 2021 Game Awards ceremony in December. . While Sonic has been shown fighting robot enemies in recent Sonic Frontiers gameplay trailers, these enemies appear to be much darker than Dr. Eggman’s usual Badnik designs-although that doesn’t necessarily mean he didn’t create them. Fan-favorite Sonic The Hedgehog voice actor Mike Pollock confirmed early last year that he will still play Dr. Eggman in any future games, and one of the creative talents behind Sonic Frontiers has just announced that the not-so-good doctor will indeed appear in Sonic’s Latest Adventure.

Related: How Long has Sonic Frontiers Been Winning

Ian Flynn, author of many Sonic The Hedgehog comics as well as Sonic Frontiers dialogues, recently gave an interview to IGN (via The Gamer) to discuss his work on the upcoming Sonic game. He noted that Dr. Eggman is one of his favorite characters for whom he writes, and said that Sonic Frontiers will lead the mad scientist in “some interesting directions.” Although Flynn did not go into details about what the new direction of Sonic Frontiers might be, he added that the game will have a more “melancholic” plot than in past Sonic games, and it will focus on how “the tragedies of the past led to the adventure of today,” which suggests that Sonic Frontiers may somehow delve into Eggman’s backstory and include a much darker conflict between Sonic and his classic enemy.

Many fans were delighted when it became known that Ian Flynn would be working on Sonic Frontiers, as the Sonic The Hedgehog comics, which he wrote for Archie Comics and IDW, were highly respected for combining the colorful whimsy and humor of the Sonic franchise with soulful drama. . However, later reports clarified Flynn’s role in writing the Sonic Frontiers dialogue, not its plot, which Flynn himself later confirmed during his last interview. He also said that Miles “Tails” Prawer and Amy Rose are also due to appear in Sonic Frontiers and that according to the plot of the game, Sonic and his friends are investigating the disappearance of the Chaos Emeralds on the mysterious islands of Starfall.

Fans now know that Dr. Eggman really plays an important role in Sonic Frontiers, and Ian Flynn’s statements hint at unexpected turns of events related to the cult villain. It is possible that he has unleashed the mysterious robot enemies that now inhabit the Starfall Islands, just as he has done with other forces in the past, although instead he could be an ally of Sonic as he races to uncover the mystery of these new enemies. Players may not have to wait long to find out what Eggman’s role is in Sonic Frontiers, as SEGA’s latest high-speed platform adventure is expected to hit store shelves later this year.