Home Entertainment Sonic Frontiers Presents Its First Trailer And Date; This Is Your Open... 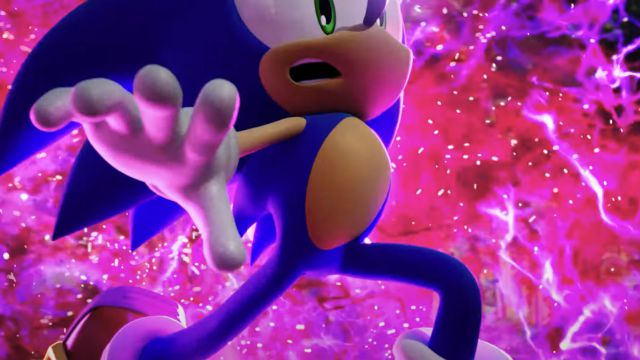 Sonic: The new title of the blue hedgehog from SEGA presents its open world, which will provide us with freedom of movement and playable options. It arrives in 2022. SEGA has presented the first official trailer for Sonic Frontiers accompanied by gameplay. The new great Sonic Team project has not missed the The Game Awards gala and has taken the opportunity to show us its open world, a concept that will offer more possibilities than ever to the classic gameplay of the saga.

According to the Japanese firm, the game will be available at Christmas 2022 for Xbox One, PS4, PS5, Xbox Series, PC and Nintendo Switch consoles. Next, we leave you his gameplay trailer. The game is produced by Sachiko Kawamura and has Morio Kishimoto as director.

During the The Game Awards gala, the first trailer for Sonic The Movie 2 was also presented, we invite you to see it here.

2022, a defining year for the new generation

The year 2021 has been marked by delays, changes in plans in development processes, and obstacles arising from the pandemic. Irremediably, all those postponed projects will end up reaching the stores at some point; And it seems that all eyes are on 2022.

Believe us, it may be one of the most important years of the last decade; Whether or not it will be the “best” is something that we still do not know … but the list is dizzying. Because in January we will begin with Pokémon Arceus Legends, the most radical change in the Game Freak saga in twenty-five years; added to a month of February that has its own names: Elden Ring and Horizon Forbidden West. Perhaps this is where two of the contenders for GOTY 2022 will come out. If we add to that the most ambitious Gran Turismo in the series, Gran Turismo 7, the first quarter is looking very high.

Beyond these, it is necessary to mention other great projects that can mean a lot for the new generation, such as Starfield (November), God of War: Ragnarok, the sequel to The Legend of Zelda: Breath of the Wild and Bayonetta 3; among others highly anticipated by the public such as the new Kirby 3D, Avatar: Frontiers of Pandora and Mario + Rabbids: Sparks of Hope, among others.

The Game Awards has served to know the Game of the Year 2021, among many other announcements. For the rest of the announcements (trailers, news, reveals) of the TGA 2021, you can click here.