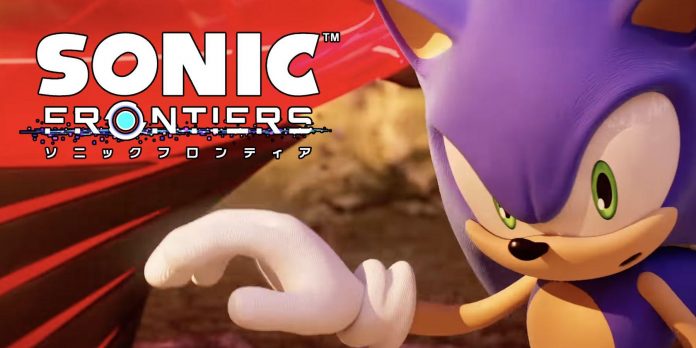 After Sonic Frontiers became known to fans thanks to quite complex marketing campaigns over the past few months, the presence of the game at Gamescom 2022 revived the opinion of many future players about the title. Judging by the latest trailer, the game certainly looks promising, and now pre-orders for the game are open for those who want to keep their copy. Fans have a few different options to choose from, but thankfully they’re not as confusing as what Sonic Origins has to offer.

However, anyone who pre-orders the base game can receive a set known as the Adventurer’s Treasure Chest. This set includes Blue Protection Seeds, Blue Power Seeds, and skill Points that will help players start improving Sonic’s stats. Some retailers have exclusive pre-order bonuses for those who place an order with them, but they are limited to standard physical versions of the game.

There are no significant bonuses for pre-order

At the time of this writing, the retailers listed here did not offer any exclusive bonuses for pre-ordering Sonic Frontiers, except for the adventurer’s treasure box. Players can still get something extra by choosing the Digital Deluxe edition if they wish, or they can simply support the specific seller they prefer by placing an order with him.

GameStop offers an exclusive steel book with Sonic running around Kronos Island as an illustration for US customers. In order for fans to protect their copy of the game with Steelbook, they just need to go to the GameStop website and choose the platform of their choice. According to the Canadian website, this is exclusively available only in the States.

Like GameStop, Best Buy offers another steel book for fans who have made a pre-order. However, it seems to be just the game’s logo on top of the mysterious shapes that Sonic Frontiers was originally teased with. For those who just want a simplified cover for their stilbook, this may be a better option than GameStop, but it all depends on what the fans prefer.

How to get Japan-exclusive Limited and Deluxe Editions

In Japan, fans can get more than just a stilbook with their physical copy of the game. Two special sets are available. There’s a limited edition that comes with an artbook and the charm of Coco’s new creatures scattered across the Starfall islands, but there’s also a deluxe edition that includes a Sonic Frontiers poster, Coco’s pencil case, a postcard booklet, three magnets, and stickers of Sonic with his friends and a few Coconuts.

Fans can also purchase an additional acrylic stand. These packages can be found on Amazon Japan, which can be delivered worldwide. For those interested, fans can click the links below to choose which package they want.

If players want to get Japan-exclusive bonuses, but are not sure if Amazon Japan will suit them, they should keep an eye on Playasia. His store used to have a lot of Japanese collectible titles, and while Sonic Frontiers exclusives haven’t been listed yet at the time of this writing, they may be listed later. If any other pre-order bonuses appear before the game is released, this article will be updated.

Rumor has it that Henry Cavill will show up at Comic-Con...