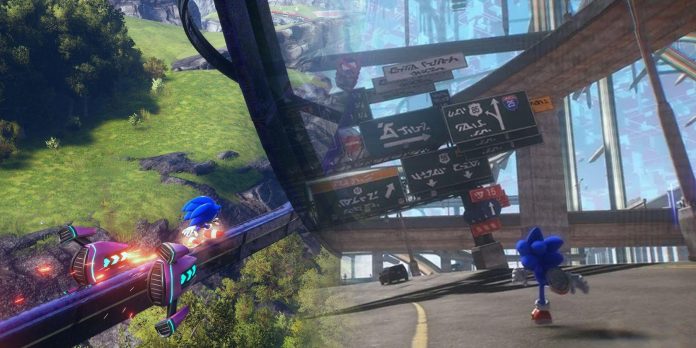 Sonic Frontiers aims to be the first in a series of foray into the open world, and because of this, many fans are trying to figure out what they can expect from it using gameplay footage seen in the trailers. They analyze quite carefully what they are given, which helps them decide whether they want to buy it or not. Now Gamescom has given players the clearest picture of Sonic’s future, but with an intriguing gameplay.

The most recent look at Sonic Frontiers, which has been posted online, offers a great insight into how the faster segments feel. The footage shows Sonic running around the island of Kronos, the first area of the game, and also demonstrates the ability of Tsilup. It also showcases the urban level of Cyber Space, first seen in Nintendo Direct back in June.

After many fans have criticized what they have seen in the Cyber Space levels in Sonic Frontiers so far, considering them to be rather linear and simplistic, this new look at the vast urban scene shows that there is something more to these levels. than it seems at first glance. This seems to offer a variety of divergent paths for fans to explore, including a risky route throwing Sonic into the air to eventually reach the sloping road that he needs to run along the wall.

This is nice to see, as fans have also criticized these same levels for reusing old level designs from previous Sonic games. While it can be argued that the city level draws inspiration from similar stages, the way it is composed offers a completely new experience. This definitely serves as a sign that as you progress, fans will face new challenges that may catch them off guard after the first few linear and familiar levels.

It is also clearly seen that compared to the old Sonic Frontiers gameplay demonstrations, the lighting and animation of the game have been significantly improved. Fans also finally got a chance to really take a look at the Kucos after previous gameplay trailers struggled to avoid them completely.

There’s still a lot to see in Sonic Frontiers, given that so far the game has only showcased two of the five islands that players will be able to explore. There may be more linear Cyber Space stages mixed in with big and exploratory ones like the city level shown here, but fans won’t know how things will level out until the game comes out. Considering how these stages relate to how fans collect Chaos Emeralds, there’s definitely something else in Cyber Space that players can look forward to.