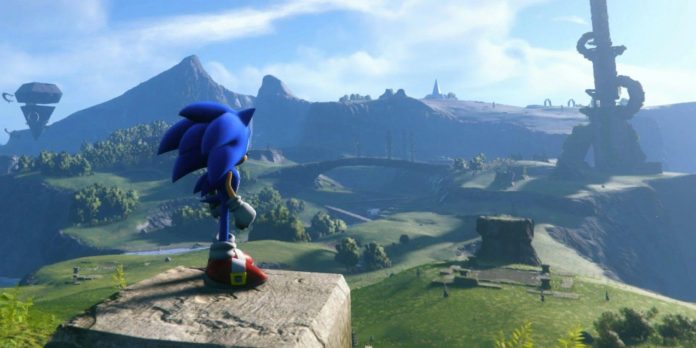 Gamescom Opening Night Live 2022 was held, giving fans the opportunity to take a fresh look at many of the expected games. The show was filled with news, from new gameplay footage for long-awaited games like The Callisto Protocol to announcements of new games like Moving Out 2. Among the notable news was more details about the latest installment of Sonic the Hedgehog, Sonic Frontiers.

During Gamescom Opening Night Live 2022, fans saw a new Sonic Frontiers story trailer, which gave a better look at the world of the open zone and the potential villain of the adventure. While many fans seemed to like what they saw, it wasn’t the only news about Blue Blur that appeared at Gamescom 2022. In addition, additional information was given about the stages of Cyber Space, which are short levels created based on Sonic’s memories.

In particular, this new look at the Cyber Space stages that will appear in Sonic Frontiers was presented as part of a demonstration on the exhibition floor at Gamescom, which allowed fans of the series to test the gameplay for themselves. This new footage was released by Sonic Stadium and allowed fans to take a look at one of the classic scenes from the series, Green Hill Zone, which was reimagined as a Cyber Space scene for Sonic Frontiers. In the one-minute and 24-second clip, Sonic moves around a zone that is aesthetically very similar to the previous Green Hill zones shown in the series, performing a number of different movements, such as sliding. It is worth noting that this level is one of the first stages of Cyber Space, as it contains tutorials that instruct players on how to move in the role of Sonic.

Unsurprisingly, this new Sonic Frontiers clip, shot at Gamescom Sonic Stadium, caused a real stir among Sonic the Hedgehog fans. While some fans expressed delight about these new levels, some argued that they are too similar to what has already been in past games. However, some gamers have noted that these Cyber Space stages should reflect Sonic’s memories, which means it makes sense for him to relive some of his most iconic gaming moments in bite-sized pieces. In addition, one gamer, known on Twitter as Mikester, noted that the short Green Hill Zone level seems to be more like the Windmill Isle Act 1 game from Sonic Unleashed.

It will be interesting to see what other details about Sonic Frontiers will become known in the coming weeks. Fortunately, the release date of the game was announced during Gamescom Opening Night Live 2022, which means that now fans know when they will be able to play for Blue Blur themselves. And the players don’t have long to wait, because there are only a few months left before the launch of Sonic Frontiers.

Amazon Completes Purchase of MGM and Productions Will Come To Streaming