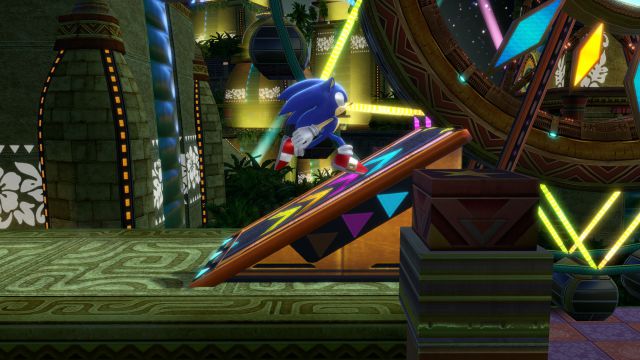 Sonic Colors Ultimate: The Japanese company explains that some errors are due to the use of emulators, although users with a Switch have complained about the problems.The premiere of Sonic Colors Ultimate on Nintendo Switch has come with graphic problems of all kinds. SEGA’s colors have been taken out with a multitude of videos and comparisons between versions. Now, Katie Chrzanowski, the community manager for the Sonic brand, has posted on her Twitter account that the development studio is already investigating what happened and working on a future update. At the same time, she points to emulators as the cause of some bugs, despite the fact that affected Switch users have also raised their voices.

“Hi everyone! We appreciate all of your feedback with Sonic Colors Ultimate. Teams are listening and evaluating the situation for an upcoming patch. Thank you all for your patience while we investigate it, ”she wrote.

Shortly after, in a second tweet, she added the following: “We discovered that some graphical problems were caused by an emulator, which is unfortunately out of our control. We are trying to find out which bugs are legitimate so that we can reduce the duration of the QA process ”. The company has asked affected users to go to SEGA’s customer service page.

In addition to visual errors, Nintendo Switch users have complained of excessively slow load times, as not only are they longer than the rest of the current systems, but even the original version of the Wii loads faster.

There is also another additional problem to be added: the game was planned in both digital and physical formats, but the boxed version has been delayed indefinitely due to some logistical issue. In this way, it is currently only available through digital stores. “Due to unexpected logistical problems, all editions in physical format, including the standard and the Keyring Edition will be delayed in all territories, excluding Australia and New Zealand,” they commented in the official statement.