Home Entertainment Sonic Colors: Ultimate 3.0, Review. Is It Finally Worth It On Nintendo... 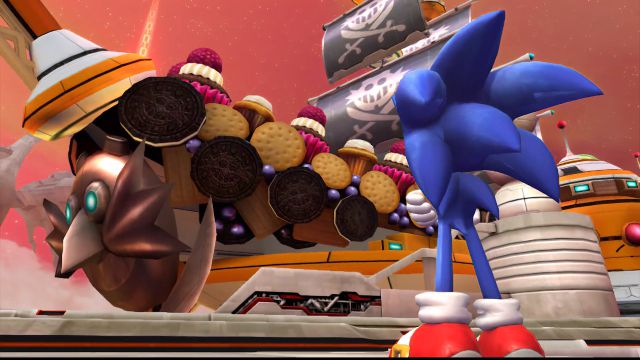 Sonic Colors: Ultimate 3.0: We analyze the version of Nintendo Switch after patch 3.0 that ends with all the remaster exit problems. Sonic Colors: Ultimate came out in September as a remaster of one of the most competent Sonic 3D of recent times, but not everything went as expected. While the versions for desktop and PC platforms kept the same, in Switch a series of glitches, technical problems and others turned the experience into something not recommended. The sensation of broken game invaded networks and forums, and the idea of ​​having a good Sonic to play in hybrid mode was fading. At the time we did not have access to this version, but now that SEGA has got to work to change that, and after weeks of patches and changes, version 3.0 available from this month of December achieves what we want: Sonic Colors Ultimate is a recommended platform game of the blue hedgehog also on Switch.

For those who do not know, this is a game that originally came out on Wii in 2010 and that, unlike other three-dimensional proposals of the hedgehog, convinced by its solidity and variety of situations. If we omit the Adventures, Sonic has not always done well in this far from 2D facet, but Colors was and is a good approach to what can be achieved.

In fact, in Colors we are going to play many more sections in a 2D lateral advance plane while combining races with the camera behind Sonic in 3D and other more spectacular sequences with a more distant view. But where else we are going to control the hedgehog and where we are going to have the most sense of exploration – necessary for players looking for 100% – will be in lifelong 2D format. This is one of the reasons why the game works: it leaves the spectacle of fast moments for three-dimensional concrete sections but the playable base looks towards the classic games.

Thus, we are going to move in a fantasy universe in which we have different worlds that are unlocked as we progress while we overcome the phases, with their respective final boss in each of them, of said planets. One of the differentiating elements of this title are the wisps, a kind of aliens that give us powers to be able to advance and explore each phase more carefully. Some will allow us to shoot out as if we were a bouncing laser beam, another allows us to dig beyond the limits of the stage, one turns us into blocks and destroys others, another turns us into a beast that breaks with all kinds of elements of the stage … They, added to the new Jade wisp, give us different mechanics than the classic Sonic ones that we already know.