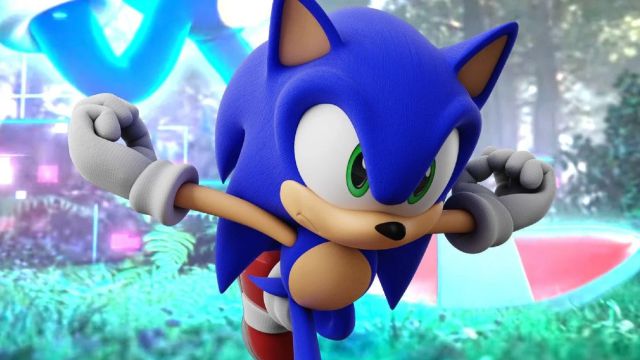 Sonic 2022: The video game was uncovered in time for the 30th anniversary, but the release has not come in time for the celebrations. The time for the blue hedgehog has yet to come, not at least when it comes to an entirely new title. And it is not that there is no project on the horizon, but that the new adventure will not arrive in time for the 30th anniversary of the character. In an interview with 4Gamer, Takashi Lizuka, head of the Sonic Team, has acknowledged that the announcement of Sonic 2022 occurred “too soon”. However, the studio wanted to offer something to fans at such an indicated date.

“We have not announced any new action games in the Sonic series since Sonic Forces, and that has caused concern among fans,” he commented. “Although it was a bit premature, I wanted to at least take advantage of the 30th anniversary occasion to announce the new title that is in development.” Although it does not yet have a specific date, the blue hedgehog is scheduled to travel the maps at lightning speed in 2022.

A mystery in the teaser trailer

Lizuka has also referred to the strange trail that Sonic leaves in the very brief teaser trailer that they have presented. It is a mystery linked to the game that fans will not be able to unravel, but there will be more details later, so the developer asks for patience: “It is something symbolic that appears in the game, but its meaning is still a secret. However, I would say that it is not something that someone can guess through deduction. We will share more details at some point, so please wait a little longer. ”

In other statements, Takashi Lizuka dropped his ambitious plans regarding this new Sonic title. His intention is that production, in development for PS4, PS5, Xbox One, Xbox Series X, Xbox Series S, Nintendo Switch and PC, be able to define the next 20 years of the saga, just like Sonic Adventures did. .

Players will have the opportunity this year to enjoy an Ultimate version of Sonic Colors, the original Wii video game.

Stray, The Cat Game, Will Arrive In 2022, Insists Annapurna Interactive

Tiny Tina’s Wonderlands Explores The Overworld, Its Stages And The First...