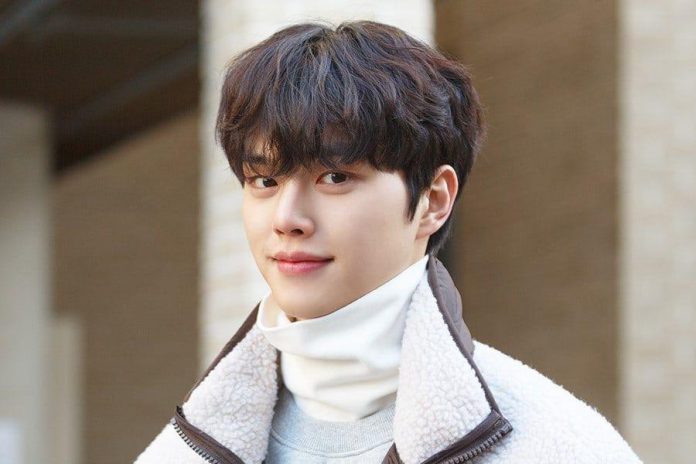 The South Korean actor continues to add projects for this year, Song Kang already has a new leading role.

Song Kang joins JTBC for a new Korean drama that is already captivating the attention of fans of the romance genre and admirers of the actor, let’s tell you what the story is about.

In recent years, Song Kang has worked to break through into the entertainment world and reach a global audience. His good work on the recording set fell in love with thousands of fans who now do not want to miss any moment of his performance, but that great potential also continues to open doors for him in dramas .

Very soon we will see him act again, since he has not stopped filming and taking on new challenges. Song Kang will be part of the adaptation of a popular webtoon called I Know But , where he will perform alongside actress Han So Hee .

The story revolves around the different perspectives of love and to portray these contrasts it will introduce us to Park Jae Uhn , a boy with a flirty personality capable of making anyone fall in love but who is not interested in romance or relationships.

He meets Yoo Na Bi , a girl who despite not believing in love if she wants to date and when the interaction between them becomes closer both could change her mind about romance.

While it is true that Song Kang rose to fame for his role in Love Alarm , he has not been pigeonholed into one type of character. We saw him put a spin on his acting through Sweet Home and very soon he will also be performing in Navillera, an emotional drama about dreams and ballet.

See Also
Song Kang Gets Ready for Premiere of Navillera

Navillera will premiere during this month of March and, for its part, I Know But is scheduled to air in June 2021. Are you going to watch these series?

The actor stated that his role in the drama with Han So Hee will allow us to see a new facet of his acting through a different character than what we have seen of him so far, so he could not hide his emotion for this. draft.

Get Ratchet & Clank for PS4 free for a limited time