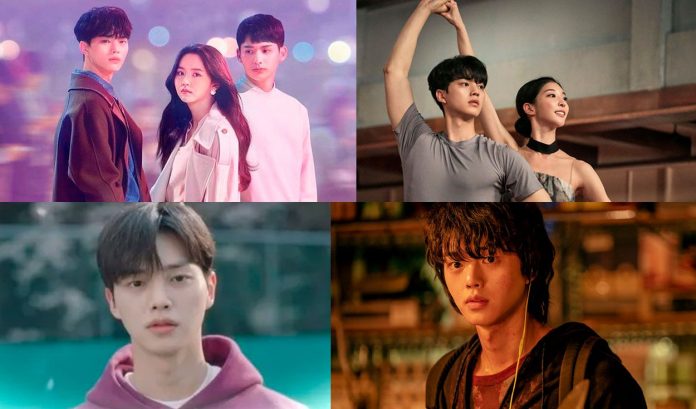 Song Kang reveals which character he struggled to play: the one from Love alarm 2, Navillera, or Sweet home? Last year, Song Kang wowed in four dramas, but which role was the hardest for him to adapt to?

The cover image for the month of September of the renowned magazine Marie Claire, in its South Korean edition, will be Song Kang, the artist who last year starred in four of the most important dramas.

In addition to the photoshoot, the Korean actor gave an interview where he talked about his Love alarm 2 characters, Navillera, Sweet Home, and Nevertheless, and chose which of these four roles was the most difficult for him to play.

Regarding the look shown by Song Kang, the excerpt from Marie Claire’s article highlights the duality he possesses in wearing a casual and formal look in a striking way for the camera lens.

“In particular, it gave him a strong individuality and freedom away from standardized jewelry design. It has a soft but strong reversible charm, ”was the comment from the South Korean magazine.

The photographer in charge of capturing the best angles of Song Kang was Shin Seon Hye and the clothes he used for the shoot were from Clash de Cartier.

Which character was the most difficult to play?

In the interview for Marie Claire, the interviewer brought to the actor’s memory the four productions that he starred in this last year and made him make a difficult decision.

Recall that Song Kang played Cha Hyun Soo for Sweet Home, a Netflix original series that premiered in December 2020. It is about a young woman who suffered from bullying, and the day he was about to make a radical decision, he discovers that his building is invaded by monsters.

Continuing his streak, the actor returned to his world-famous role, Sun Oh, for the second season of Love alarm.

Although it did not surpass the success of the first installment, it was a production that gave a buzz about Song Kang’s acting.

Taking a complete turnaround in his career, Song Kang ventured out to play Lee Chaek Rok, a young ballet dancer for Navillera, alongside renowned actor Park In Hwan.

And finally, the South Korean artist returned to romantic dramas playing heartthrob Park Jae Uhn in Nevertheless. Although the audience in South Korea is not high, internationally, fans have followed the broadcast of said jTBC production week by week.

Going back to the answer Song Kang gave about which character (from Love alarm 2, Sweet home, Navillera or Nevertheless) was more difficult to interpret, this one said that of Lee Chae Rok.

Navillera’s role was chosen as it took him time to adapt (because he had to dance like a professional ballet) and reminded him in part of his past.

Dying Light 2 will focus on next generation consoles