Home Entertainment Song Kang Receives Love From Latin America And The World With a... 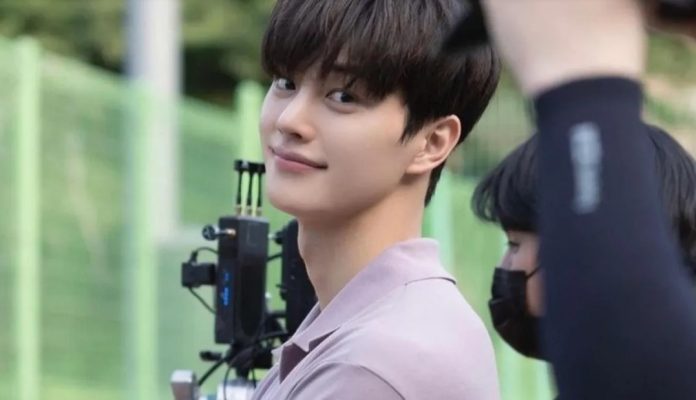 Song Kang, Love Alarm star is working on a new drama and has the support of his fans. Song Kang was pleasantly surprised and encouraged on a filming day, how did the love of Latin American fans come through?

After concluding his work within Nevertheless , Song Kang has already started filming a new love drama that is eagerly awaited by his fans, his next series will be Office Romance Cruelity, and the actor is doing his best on set.

With several very successful K-Dramas in a short time, this boy has conquered the hearts of fans in different parts of the world, including Mexico and Latin America . The distance is not the limit to show Song Kang encouragement and the union of the fans shows it.

The actor recently received a coffee truck from his followers, who joined forces from different countries to surprise the protagonist of Navillera .

SONG KANG THANKS FANS FOR THEIR SUPPORT WITH AN EMOTIONAL MESSAGE

The coffee and snack truck arrived on the drama set in the middle of a rainy day, which made this gift all the more special by providing encouragement and warmth even when the weather can make creating different scenes a bit of a hassle.

While the coffee truck was decorated with messages of encouragement for the production and captions full of affection for Song Kang, the actor also let us see how special this gesture seemed to him, so he shared a couple of photos and added:

The weather today is rainy. I was so moved by the love of my fans that the tears I shed turned into rain.

This gift came from fans in Latin America, Thailand, Vietnam, the Philippines, and Indonesia, so Song Kang knows all too well all the support from the fans.

While we wait for this actor’s new drama, we tell you about various Korean series with slightly sad stories and fantastic lessons.