Home Entertainment Song Kang Didn’t Like Playing This Character, Is It His Hater? 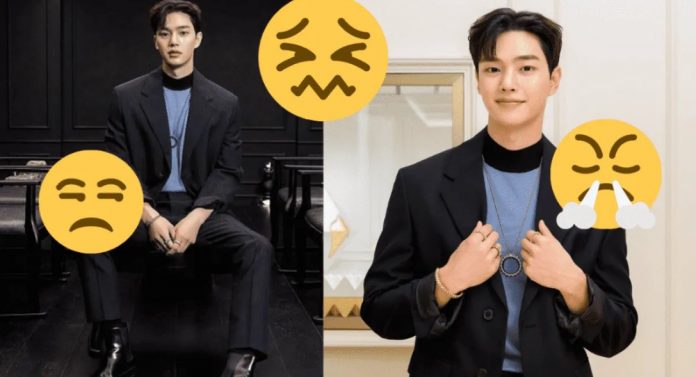 Song Kang has taught us valuable lessons with his K-drama roles, Song Kang also shows us his adaptability to stories of various genres, but there is a character with whom he does not have a very good relationship, who is he?

Song Kang continues to garner the attention of Korean drama fans with his new projects, and since his rise to world fame with two seasons of Love Alarm , he has stood out for his characters and performances.

Celebrities usually take time between one K-Drama and another to rest a bit and analyze new job proposals, but Song Kang is the difference with his leading roles in a row and one more successful than the other.

Despite his great jobs and his ability to become one with his roles, the protagonist of Navillera and Sweet Home is not much of a fan of a character that he played himself, who is it?

Which character is Song Kang least comfortable with? In 2021, the actor gave life to Park Jae Eon in the adaptation of Weebtoon Nevertheless , he was an expert boy in art who studies college and meets Yoo Na Bi (Han So Hee), who shows him his most romantic side.

On different occasions, the protagonist of the drama showed that he is not a big fan of his character, he is more one of his critics. For example, when asked in what ways he resembled Park Jae Eon, he replied that nothing:

Nothing, there is nothing in which we are similar.

Behind the scenes of Nevertheless, the director of the K-Drama gave Song Kang instructions for his preparation and even he shared ideas for Park Jae Eon to be slapped.

Despite that, Park Jae Eon played one of the characters that marked the Korean star’s career , so he surely has a strange kind of fondness for this role.