Home Entertainment Song Kang And His Military Service, When Did He Enlist In The... 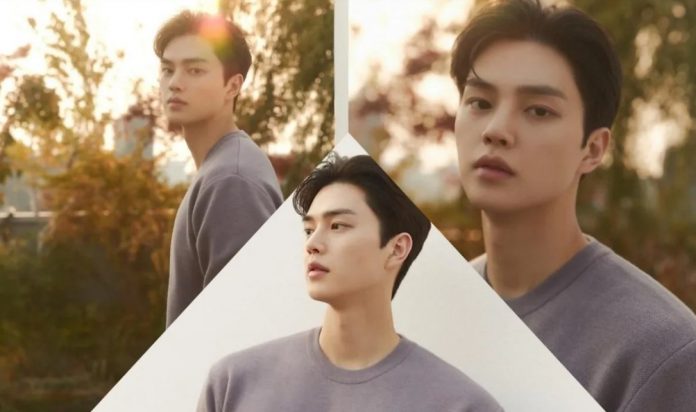 Why is Song Kang going to the army in December? The actor must fulfill his obligations as a citizen. Song Kang is approaching the age limit for mandatory military service in South Korea and his fans are beginning to think that perhaps this is why the actor does not want to leave any pending projects.

This year has been full of projects for Song Kang and his popularity has increased thanks to his participation in the series ‘Nevertheless’ , a drama that got great response from the public as it progressed in its plot; the actor did an excellent role in this production.

Next year, Song Kang will appear in the drama ‘Office Romance Cruelty’ , this one is already in filming and it is very likely that it will be ready by the end of the year, so we will have even more of him in a new South Korean series ; Although fans were saddened to learn that their participation for the second season of ‘Sweet Home’ had not yet been confirmed .

It is well known that in South Korea it is an obligation to perform military service , many actors pause their careers for a time to be able to fulfill their tasks as South Korean citizens ; it may be time for Song Kang to start this stage of his life and join the army .

WILL SONG KANG BEGIN HIS MILITARY SERVICE IN DECEMBER? THE ACTOR WOULD BE ABSENT TO FULFILL HIS OBLIGATIONS

To perform compulsory Military Service in Korea , it is necessary to meet some requirements, there is a limit in age. Before age 30 , Korean men must enlist in the army and comply with this obligation ; Song Kang was born on April 23, 1994, which is why the actor is 28 years old in South Korea .

If you are able to start your Military Service, you may have to leave the spotlight in the coming months to do so; Although there were rumors that Song Kang would participate in another drama called ‘Maritime University’ has not yet been confirmed, so the actor could go without pending to the army.

Although the time at which Song Kang will do military service has not yet been confirmed, neither the position he will hold and his stay in the army will depend on the functions he performs, but the minimum time that he could be absent is 1 year and 6 months and the maximum time is 1 year and 9 months .

When the Korean actor goes to military service, he and his agency will make the official announcement, for now it is only thought that he will do so due to his age and that it has not been confirmed that he will act in ‘Sweet Home 2’ , he could still be a year old more to fulfill this obligation and leave us a little more of his talent in 2022.

What is the genre of “Cute girls do cute things” and...