Home Entertainment Song Joong Ki: Vincenzo and His Greatest Gesture of Love in ThE... 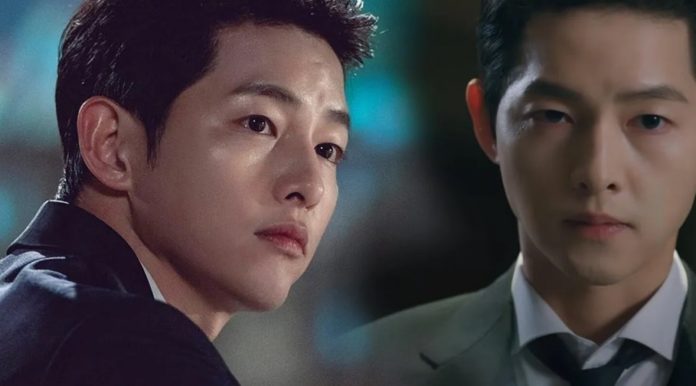 The affection between Vincenzo and Chae Young was present on many occasions and there is a very special scene. Although Vincenzo was not a romance drama if he gave us sweet scenes as a sign of the love between the protagonists, which of them demonstrated the power of this feeling?

One of the things that many fans would have wanted to see on screen was an ending where Chae Young and Vincenzo ended up together and living happily, but due to the development of the story that was not possible or safe for the girl.

If we remember the episodes of the K-Drama , there were very peculiar moments between them, some showed their good teamwork, others a connection beyond work, sometimes they gave us a glimpse of what their love would be like, and other times they baffled us by complete saying goodbye only with a handshake or a hug from comrades.

Despite this, we have no doubts that the love between the characters of Song Joong Ki and Jeon Yeo Been is really powerful and if you were still not sure here we have the proof of it.

VINCENZO WOULD SACRIFICE EVERYTHING FOR CHAE YOUNG

Among the qualities of the mafia consigliere are not only his beauty and intelligence, but also his cunning, confidence and pride. That is why, regardless of the circumstances, he does not usually lower his head to anyone or give up easily, but everything changes when what he wants most is in danger.

And no, we are not referring to his fortune, the guillotine file or anything material, but to the most special person for him: Chae Young. In the last episodes we saw how the character of Taecyeon reunites them both and his brother in the same place and suddenly they are all at risk.

He knows very well that Vincenzo will not risk the girl and that is why he uses her to catch him. In response, the consigliere tries to win against him, but when the lawyer is threatened with a gun, everything changes and he puts aside any hint of pride, confidence and instead of following his impulses, he decides to kneel so that she manages to escape unscathed.

That is why we consider this scene of the drama as the greatest gesture of love that the protagonist showed for the girl, because it did not matter to sacrifice himself or put himself in greater danger as long as she was safe.

Emily Ratajkowski styles her hair in the latest TikTok: “Am I...