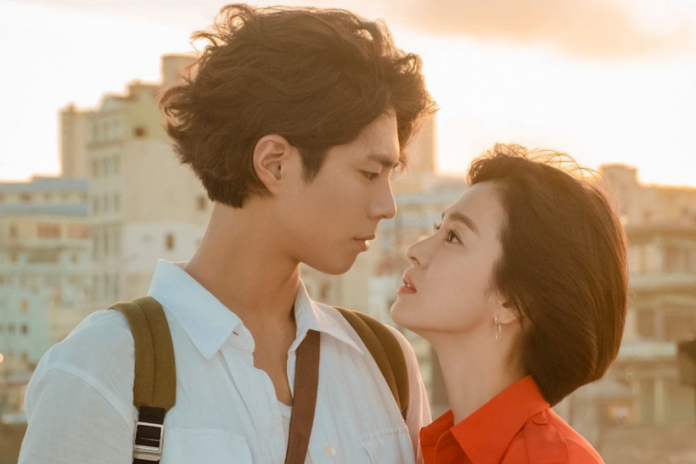 Turning 39 years old on November 22, star Song Hye Kyo participated in an interview for W Korea in which she took the opportunity to share interesting aspects of her career and debunk rumors about her future drama projects.

Song Hye Kyo, who maintains the same youthful image that made her famous when she filmed the drama Full House 16 years ago, is one of the most influential South Korean celebrities in the entertainment industry.

Remembered for her performance in Descendants of the Sun (2016), her beauty has allowed her to act alongside actors much younger than her as the handsome Park Bo Gum in her last appearance in the K-Drama Encounter (2019).

During her most recent interview, Song Hye Kyo shared that she was happy to receive scripts from many genres, because they will surely allow her to demonstrate her ability as a performer.

“I think the various media platforms and channels add to the diversity of female characters in dramas and movies. Interesting projects in various genres have increased in number, and I am very happy to receive scripts in various genres as well, ”he said.

South Korean media recently circulated the news that Song Hye Kyo had agreed to star in the K-Drama Now, We Are Breaking Up, also known as Breaking Up. However, the actress denied that rumor.

“I keep reviewing the scripts that I receive. But an article was published about me even though I only received one script. There have even been times when it was reported that I was reviewing a project when I had not yet received the script,” Song Hye clarified. Kyo.

In response to the interviewer’s comment on what has been a long time since she starred in a romantic K-Drama, the artist also said she was looking forward to doing it again very soon.

“I also want to act in romantic comedies. I want to try something fun and entertaining, but I haven’t found a fun project yet. ”

Regarding her projects for the year 2021, Song Hye Kyo stated that her goal is to reduce the time gap between her jobs as much as possible but that sometimes things don’t turn out the way she wanted.