Home Celebrity Son Ye Jin thanks her fans for the support she has received... 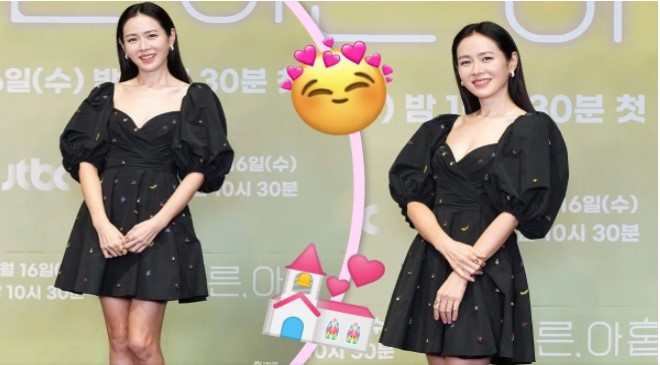 Actress Son Ye Jin announced that she would marry Hyun Bin and since then the world has been amazed at the couple’s commitment, how does she feel with all the support she has received?

Son Ye Jin and Hyun Bin have been together for some time, both stars shared a recording set during the drama ‘Crash Landing On You’ and their great on-screen chemistry carried over into real life as well, dating rumors weren’t made expect.

And after both actors confirmed their relationship, fans did not stop supporting this beautiful romance that came out of a K-Drama and became a reality, it seemed to be a dream story for many who admired the two.

Over the years, the public wondered if Son Ye Jin and Hyun Bin would get married, but no one knew for sure what would happen to the couple, until just a few days ago the actress decided to post a wedding dress on Instagram. miniature announcing their upcoming wedding.

How has Son Ye Jin been feeling since then? She expressed all her gratitude to the fans for the support she has received in this new step that she will take in her romantic life with Hyun Bin.

HOW DOES SON YEJIN FEEL WITH THE SUPPORT OF HER FANS FOR HER WEDDING?

Son Ye Jin made her first public appearance since the announcement of her wedding at the conference of her new drama, ‘Thiry Nine’, the actress took advantage of this event to thank her fans for the great support she has received from all the fans. her.

I feel like I’m meeting such important events in early 2022, both as an actress and as a person, and it almost feels like fate. I have received so many congratulations from everyone, and so I want to take this opportunity to thank you all.

This is how Son Ye Jin thanks her fans for the love, support, and congratulations she has received after announcing her marriage.

WHEN IS SON YE JIN AND HYUN BIN’S WEDDING?

In March 2022, the wedding of Son Ye Jin and Hyun Bin will take place, the drama actor couple is already planning everything for this great event and uniting their lives forever in a more formal way, the fans will not stop supporting them.

Both actors will share more of their wedding perhaps on the day it takes place, and both are very happy to be together forever.

Know the whole love story of Hyun Bin and Son Ye Jin, we have all the details of their beautiful relationship from television to reality.

Iris Mittenaere makes a declaration of love for Diego!