Home Celebrity Son Ye Jin hinted at her marriage to Hyun Bin before the... 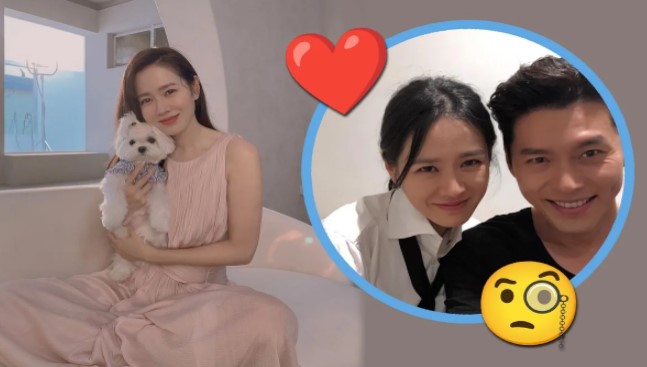 Before these drama stars announced that they were getting married, suspicions of the wedding had already started and Son Ye Jin gave a clue that was key to anticipating her marriage to Hyun Bin.

Korean drama fans received a news full of romance and joy, the protagonists of Crash Landing On You made their relationship official in early 2021, but now they are ready to get married and the wedding will be very soon.

Recently, Hyun Bin and Son Ye Jin shared posts on social networks announcing the happy news of their wedding that will be held during the month of March, but although they have received congratulations and good wishes from fans, they have not gone unnoticed. previous signs that already led us to think about their marriage.

Since their relationship became public, many rumors suggested that we would probably see them arriving at the altar, but a few days ago the actress gave a hint of the upcoming announcement.

In this celebrity couple, Son Ye Jin is the one who has a personal Instagram account of hers and from time to time we see her update it with some photos of her acting projects, modeling, or casual photos to greet her fans.

Although we all pay attention to the photos, the list of followed accounts of the Something in the Rain actress had a slight change recently, but the most interesting thing is that the profile that Son Ye Jin followed is nothing more and nothing less than a wedding photographer. OMG!

Although the actress quickly removed the follow from said account, some fans noticed it and her suspicions began to circulate on social networks. Some thought that she might be looking for inspiration and ideas for what she wanted in her wedding or that they would probably contact the photographer for an event, but after only a few days the happy couple’s announcement was revealed.

With the announcement of this romantic union, fans of both drama stars have expressed their feelings about the couple and some of them remembered an old interview that Son Ye Jin gave talking about marriage.

In it the girl confessed that she did not intend to marry or have children, but that she could think about it if she met a good man with whom she felt safe to join in marriage. It looks like she finally found the right person to be by her side and we can’t wait to see her wedding photos.

On the other hand, we tell you what Hyun Bin’s next acting project is, you won’t want to lose sight of this movie.