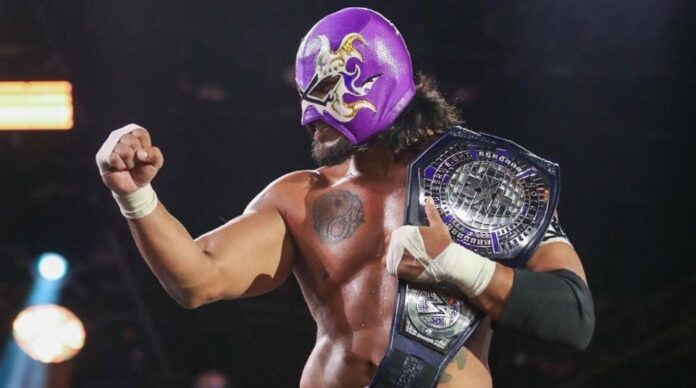 During the NXT broadcast on the USA Network, The Son of the Ghost defeated Drake Maverick and was crowned winner of the Interim Cruise Championship Tournament.

The stellar fight of the night had both competitors fighting each other until at a certain moment the two masked men, who have been trying to kidnap the Ghost Son for weeks, appeared again to ruin the fight. Maverick jumped off the third rope to ward off the intruders but upon returning to the ring, Phantom applied a Phantom Driver to achieve victory.

In this way, The Son of the Ghost, who officially debuted in WWE when this tournament began, stands with his first championship within the company. As the brand new Interim Cruiserweight Champion, Jordan Devlin’s reign that has lasted 130 days thus far will be paused, earning him a fatal 4-way at Worlds Collide. When the situation returns to normal and Devlin can return to the United States, it will be defined who will keep the title Crurcero.

After his defeat, Drake Maverick, who was fired from WWE in April, was surprised by Triple H when he offered him a new contract with NXT, assuring him that he will stay working for the company. Maverick signed and hugged Triple H in appreciation for the new opportunity.

Netflix prepares a film based on The Selection