Home Entertainment Some of Twitch’s Biggest Streamers Are Taking Breaks 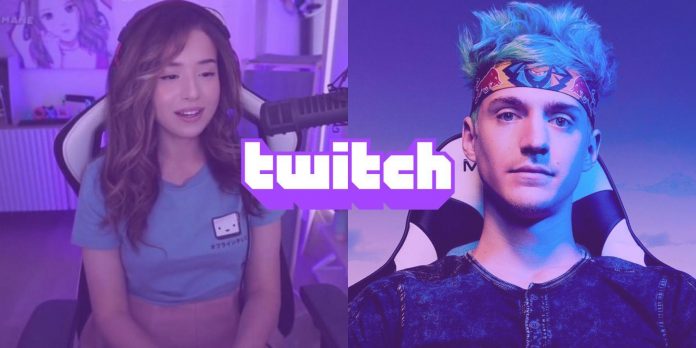 In the face of growing competition, Twitch remains one of the largest streaming platforms in the world. After Amazon acquired the service in 2014, Twitch quickly became a well-known brand for game content creators and grew exponentially. It now has over 30 million daily active users and 71 million hours of content viewed every day.

Despite the global success of streaming, Twitch seems unable to retain its leading content creators. Due to inconsistencies in compensation, sections with offensive comments, and the mental strain associated with creating full-time content, some of the biggest names in streaming are leaving Twitch. If this trend continues, gamers could see a massive shift in the streaming market.

Ninja and Pokimane retreat from Twitch

In the middle of a recent broadcast, Tyler Blevins, better known as Ninja, abruptly interrupted his Twitch session and left a cryptic tweet hinting that he would abandon his broadcasts. With 18.6 million subscribers on the platform, Ninja is the most popular account on Twitch. He has five million more subscribers than the next largest account. Needless to say, the loss of Twitch Ninja will be a blow to the platform.

Although Ninja has not said whether he will leave the platform permanently or just take a break, he has cleaned up his social media of many distinctive features. His Twitter name is now “User not found” and he has replaced his usual profile picture with an empty gray template. Ninja has taken similar measures with regard to his Twitch account, deleting almost all personal information, as his future remains in constant motion.

Imane Anis, known to fans as the Pokimane streamer, also recently announced a break from streaming. Unlike Ninja, Pokimane did provide more context around her break, tweeting that, in her opinion, regular breaks can be useful for maintaining a healthy work-life balance. This extra level of communication helped fans feel confident that Pokimane would return to the platform at some point, it was just a matter of time.

Pokimane has gained loyal followers. With 9.2 million subscribers, it ranks ninth among the most popular accounts on Twitch. Although Pokimane returned to Twitch, this was not her first departure from the platform. Earlier this year, she told fans that she was thinking about giving up streaming altogether after discovering that the constant creation of content was taking its toll on her mental health.

While it may seem trivial with the amount of money these big streamers can bring in, mental health issues have become widespread among game content creators. Streamers, more than most celebrities, showcase their lives, often for hours every day. Due to the need to entertain and keep fans interested, a month-long break like the one Pokimane just took may ultimately benefit both the creators and their followers in the long run.

The Future of Twitch

Since two of the platform’s most popular streamers are hinting that they will leave the service, it’s fair to wonder what the future holds for Twitch. Regardless of whether these interruptions are permanent or temporary, this is a growing trend among the most popular creators of the streaming service. Some streamers have gone to YouTube Gaming because the platform provides better compensation for creators. Others left for more personal reasons, citing widespread issues of sexism and racism on Twitch.

Even Ninja left Twitch earlier, briefly switching to the Microsoft Mixer platform in 2019. Mixer eventually couldn’t compete with the bigger players and shut down a year later, and Ninja returned to the platform that made it famous. Whatever the reason for the streamers’ departure, it’s obvious that Twitch will have to change the way it does business. Twitch’s size has allowed it to avoid some of the wrong practices, but as creators find new ways to reach audiences, they have more options than ever to connect with fans on their own terms.

Valheim Gets Upgrade With More Features To Build and Cook

Bridgerton: Season 2 Of The Series Brings The Sharma Family In...