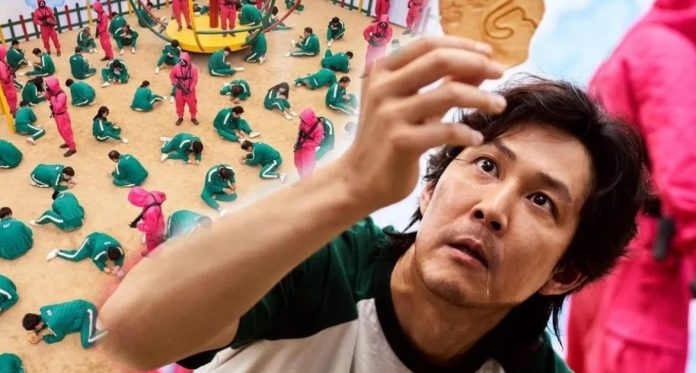 The Squid Game episodes are great, although there were some points that didn’t go quite right. A film or television production requires many takes and one is not always exactly the same as the previous one, that happened in Squid Game.

The popular Netflix series was not spared from having some flaws and although they are slight they have already captured the attention of the audience, especially those who decided to repeat the episodes to capture the details that could go unnoticed.

Squid Game is in everyone’s sights but while some prefer to enjoy the episodes while enjoying the central story, there are also those who pay more attention to the details.

Did you notice any errors in The Squid Game ? Today we tell you about some of them and, although they do not affect the plot at all, they are small details and oversights that managed to reach the screen.

ERRORS IN SQUID GAME AND ITS SCENES

In the second game, the contestants must choose a figure without being certain what that means, one of them is the umbrella but a small continuity failure causes the figure to change from one moment to the next.

ALL tua fans gonna die in squid game they would’ve picked the umbrella in the honeycomb game pic.twitter.com/LPHaftnfcW

Sometimes the lower part of the umbrella appears as a straight line while at other times it has waves that simulate the folds.

When the detective finds the files with the records of The Squid Game in all its editions, there is a document where a stamp was placed in red ink with the phrase ‘TOP SECRET’, however it is misspelled and although it is not easy to notice those attentive to the details did not let it pass. UPS!

Did you notice this misspelling?

In the crystal test, participants must jump from one piece to another without being sure which one could break.

There is a character with an advantage because he has worked with this material for years but in his record it appears that he started in that industry since 1897.

Our eyes were always on the main characters , the game had many extras and many of them only appeared near the camera for a few seconds, for that reason you probably did not notice that several of them changed, what do we mean?

The uniform with a certain number sometimes corresponded to a man and then to a woman. This happened repeatedly but one of the most notorious occurred with participant 061.